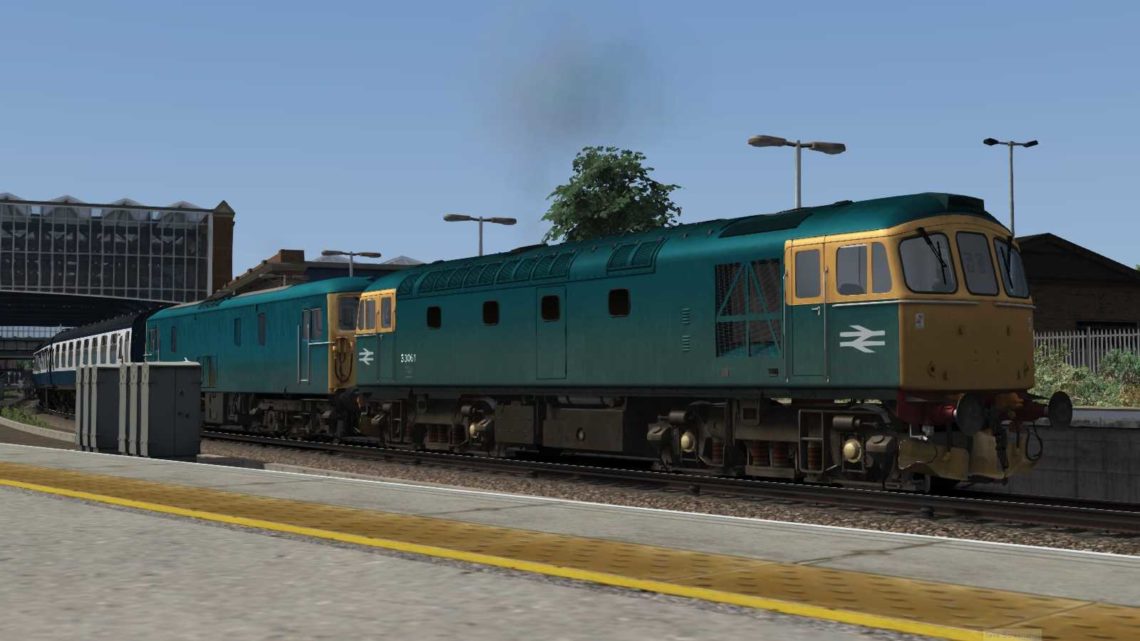 Hence the up Boat Train was worked by 33061 and 73117 from Bournemouth in order to get them both back to London Waterloo the same evening.

You are due to leave at Bournemouth’s Platform 2, where you will wait until your train’s departure time of 16:23.

Your next stopping point today will be Southampton Central, some 30 minutes later.

During testing, I found that the signal for platform 2 shows red, and doesn’t change. Can’t work out why, and pressing the TAB key doesn’t change it. But you can proceed quite happily without getting a SPAD.

All other AI trains are based on workings featured in the All Lines Timetable from 1985, apart from the odd one or two added for good measure.

To run this scenario, you will need the following content:

Nearly all my scenarios are based in the 1980’s and 1990’s – an era that I remember with fond memories – from trainspotting at my home station of Winchester, to travelling around the country, once I had started earning real money! Unless mentioned, all scenarios are based on real workings – with information taken from actual copies of the BR Timetable for the year that the scenario is based in, and information taken from resource sites, such as The Rail Gen Archive, and various photo websites. I hope you enjoy the scenarios you find here, just as much as I enjoy making them. And please let me have feedback – even negative.