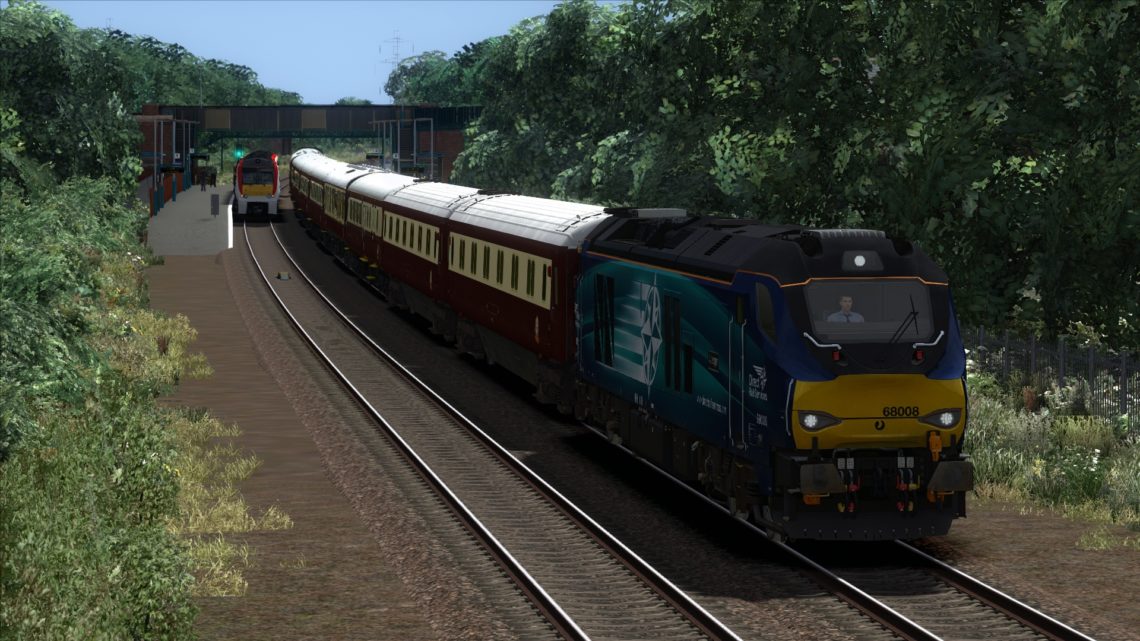 1Z20 A Taste of the Northern Belle

This scenario depicts a short tour from Crewe to Llandudno, run by the Northern Belle. This luxury train is a mixed consist of heavily refurbished Mk 1 kitchen cars and Mk 2 seated coaches. Crew accommodation is provided by a pair of Mk 3 Sleepers. Traction is a Class 68 hired in from DRS, with a trailing loco providing ETS power.

It’s a glorious summer’s day. Try to give your passengers a nice, smooth run and look out for adverse signals as you’ll be among some of the line’s regular traffic. Enjoy, and let me know what you think in the comments!

Copy the included folder into the Steam folder where your TS installation is. This is usually C:\Program Files (x86)\Steam\steamapps\common.

Requirements for the scenario are listed below. Any stock marked with * is only required for static consists, and the scenario will run correctly (albeit with some “flavour” items missing) without it being installed. To run the scenario with missing stock, press F2 after loading, click “Cancel” and then play as normal. Note that the European Loco and Asset Pack is included with many older TS routes. Links to required items are included in the ReadMe.

Hey, I'm Ade and I enjoy creating mainly UK passenger scenarios set in the present day. I try to find the right balance between realism and fun. I've created a couple of series of linked scenarios based on long journeys, along with a selection of one-offs. Have fun and let me know what you think in the comments.