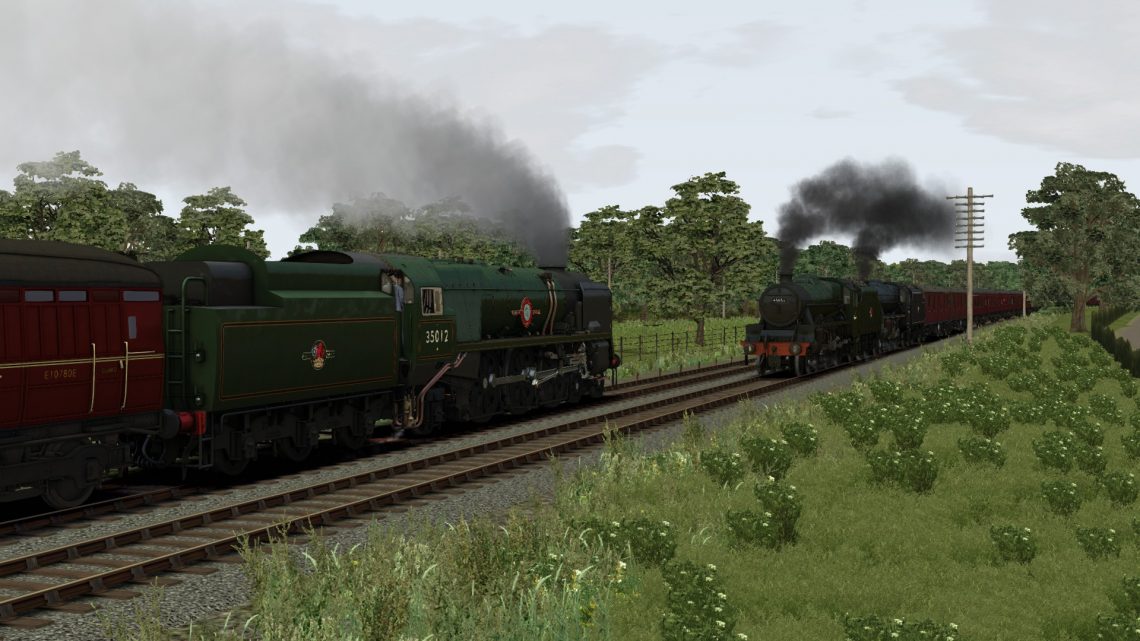 Hi, and thank you for downloading this 60 minute scenario for the fabulous Stainmore, Shap and Eden Valley route from Steam Sounds Supreme.
To install, simply copy the enclosed ‘Content’ folder to your Railworks folder. This is a ‘Standard’ scenario and is named “[MJC] 1X37 0843 Leeds City – Workington main ‘The Solway Ranger’”

Summary
On 13th June 1964, drive Rebuilt Merchant Navy 35012 “United States Lines” between just north of Carnforth, and Penrith hauling a railtour organised by the West Riding branch of the Railway Correspondence and Travel Society.
Having run via Skipton to Carnforth, 35012 can now prepare to do battle with the climbs non-stop to Penrith. As Southern Region loco tenders are not equipped with water scoops, you will not be able to top-up from Dillicar troughs.
At Penrith, a pair of 2MT 2-6-0s will take the train forward to Workington via Keswick. The train will later visit the Silloth branch with two preserved Scottish locos, GNSR no.49 ‘Gordon Highlander’, and Caledonian Railway no.123. 35012 will later haul the train from Carlisle back to Leeds City via the Settle & Carlisle line.

Requirements
The following are required to ensure that the scenario functions correctly:

* From Just Trains:
– Common Library (included with any Just Trains route released after Newcastle to Edinburgh).

Optional Requirements
The following are NOT required to ensure that the scenario functions correctly, however they will add to the immersion: