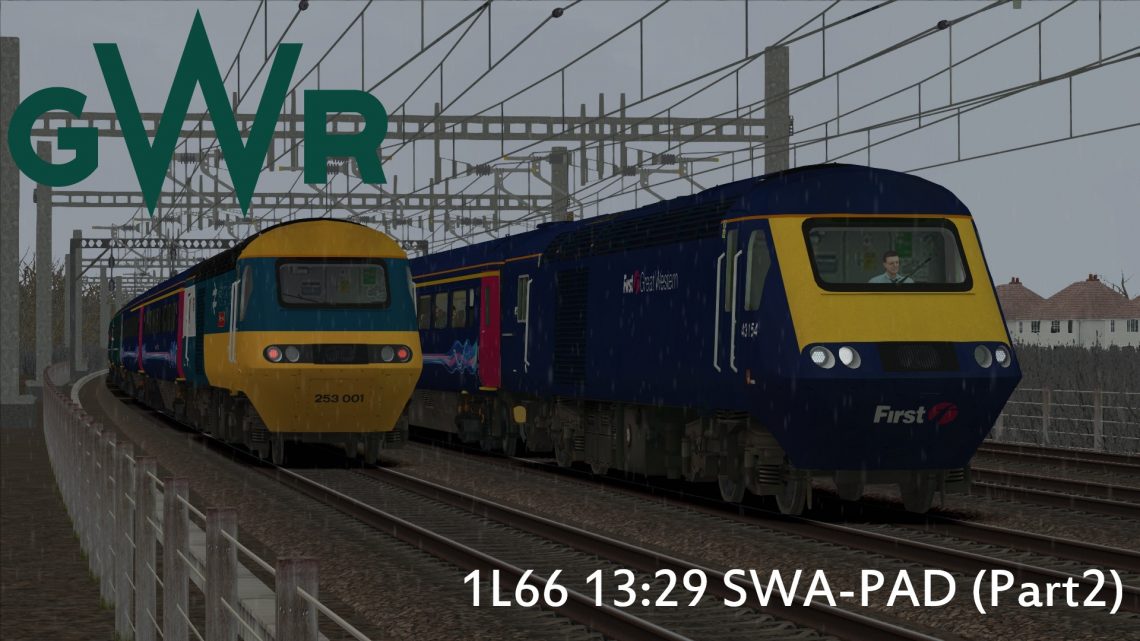 After their introduction to the Great Western Mainline nearly 8 months ago, IET’s are still plagued by many teething faults and are still playing second fiddle to HST’s with the later still holding down most of the turns. On a wet spring afternoon you’ll be taking 1L66 the 13:29 departure from Swansea to London Paddington calling at: Neath, Port Talbot Parkway, Bridgend, Cardiff Central, Newport, Bristol Parkway, Swindon, Reading and London Paddington. This is still a solid HST turn but doesn’t have many weeks left as the introduction of the new guard is ramped up over the summer of 2018 and many Swansea services have already become plastic. In part 2 you’ll will be travelling Bristol Parkway and London Paddington. Please note this is a scenario for the Western Mainlines Electrification Project not the original JT route, I have also tested this scenario thoroughly as some people have issues on Western Mainlines. So if you are experiencing issues it is not a scenario fault it is just Western Mainlines playing up.

For Part 1 of the scenario select ‘South Wales Main Line (GWML to Swansea)’ on the drop-down menu in the scenario page and look for:
1L66 13:29 SWA-PAD Part 1.