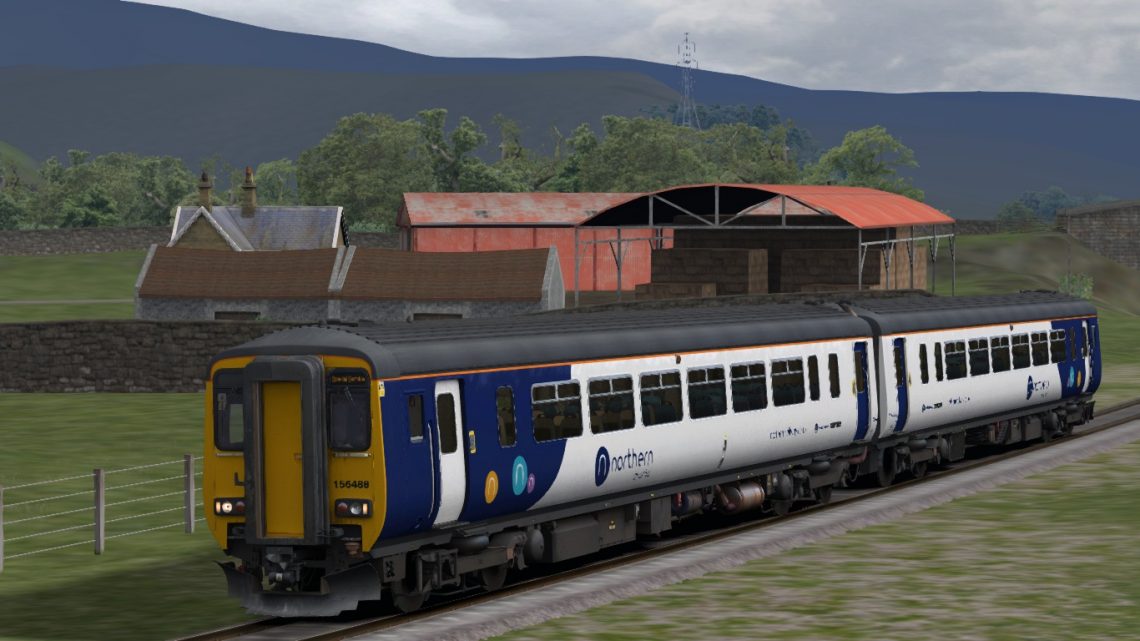 27th July 2020 1 By The Trainspotter from Tauranga

(Here is a scenario for the ‘WCML Over Shap – Extension to Windermere’ route, which is an extension of WCML Over Shap that you can find on Steam Workshop)

Today you will be driving a Northern Trains service in the North West of England, starting at Lancaster and finishing at Windermere. The traction for this run is Class 156 No. 156488, and you will stop at the following stations on the way:

*Some of the times have been tweaked in this scenario to better suit the Class 156. I believe the timings for the real train 1C71 are designed around the acceleration and braking rates of the new CAF-built Class 195*.

Most of the ‘under the wires’ section to Oxenholme (part of the West Coast Mainline) will be spent cruising at 75 miles per hour. Even though the speed limits go up to 110 or 125mph, the maximum permitted speed of the Class 156 is only 75.

You will need the following DLC/3rd party items in order to play this scenario: