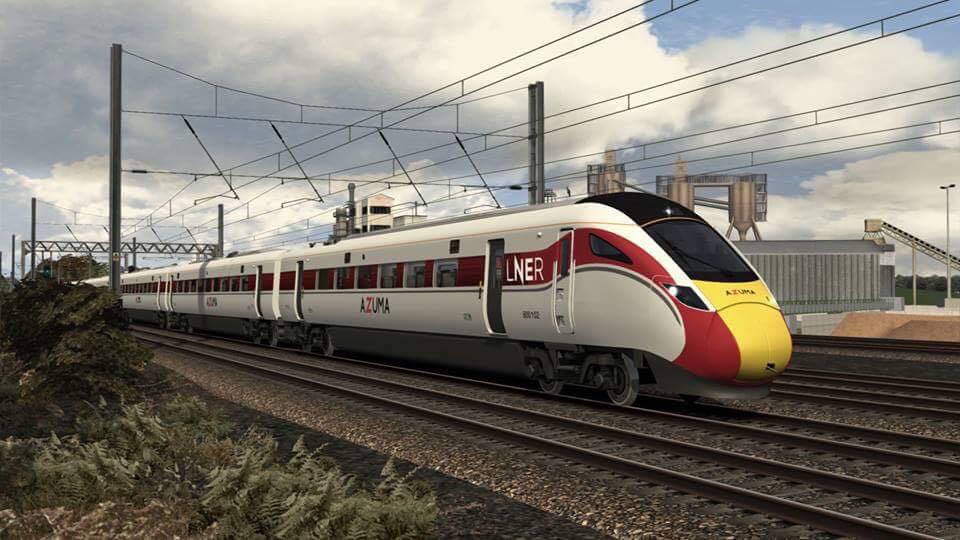 The British Rail Class 800 is a type of bi-mode multiple unit used in the United Kingdom, powered by electric traction motors being capable of operating on electrified track using overhead wires and unelectrified track using diesel generators. The trains are based on the Hitachi A-train design. They have been built by Hitachi since 2014. The first units entered service on the Great Western Main Line (GWML) in October 2017, and will now enter service on the East Coast Main Line (ECML) from 2019 following delays in type testing and concerns over the safety of interconnecting electrical cables between the coaches.

Now in the LNER Azuma branded livery, this reskin is now available for Train Simulator!

To save you commenting about the “last line of the batch file”, yeah I know its there, I put it there and its staying there. I am not arsed if you think its in appropriate, its not exactly the most disturbing thing you’re gonna see online is it? Its not disrepectful to anyone, because its not aimed at anyone. Its not going to upset anyone because its not aimed at anyone, stop making it a problem. I mean haha, both my nans are dead, doesn’t stop me having a sense of humour. If you haven’t got a sense of humour, then im sorry for you, but the reskin isn’t getting taken down, nor is the batch file. Learn to adapt.

If the batch file appears to have not copied any GeoPcDx files, please copy them from the default folder into the LNER folder.