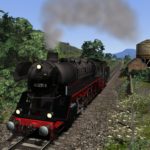 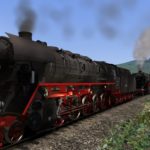 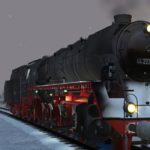 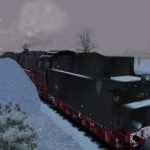 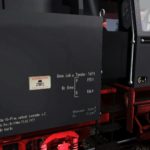 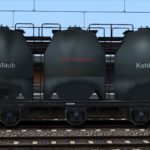 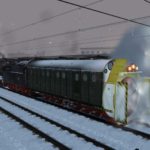 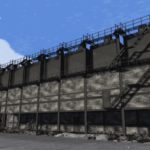 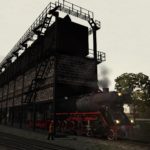 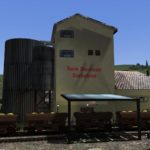 Three scenarios are included for the payware Hamburg to Hanover Route Add-on and include a functional coal dust bunker and additional sound announcements to assist you. Some of the scenarios include snowdrifts which can be removed with the snowploughs and will remain cleared afterwards.

Also included are two different snowploughs, both with buffer beam mounted in summer, and without buffer beam in winter:

All engines and snowploughs have their own specific tenders. You can couple the snowplough to any engine of your choice (steam, diesel or electric) and use it via the signal box in the snowplough’s cab.

In addition to the locomotives, suitable freight wagons that use dynamic numbering are included:

These wagons are equipped to be loaded and unloaded when using the assets included in this pack, and have an opening top cover when using the BR44 or any other Romantic Railroads locomotive.

Also included are ‘Ucx’ coal dust transport wagons of the Deutsche Reichsbahn (DR) and the Czech Railway (CSD). These use dynamic numbering.

All the locomotives and wagons are Quick Drive enabled.

Several buildings are included which help bring the scenarios to life; these include a functional coal dust bunker used as transfer point to fill the tenders of the coal-dust-fired engines. It is placed very close to the original bunker from Bw Arnstadt, which was unfortunately torn down in the early 1970s.

Additional functional assets are the ‘Nordkorn’ wheat/corn loading facility and the ‘Kornbrennerei Bockshorn’ unloading facility. The Tdgs wagons can use these assets to load and unload their wheat/corn.

All the scenarios have additional sound announcements to assist you, and some of the scenarios include snowdrifts which can be removed with the snowploughs and will remain cleared afterwards.

An English and German Language PDF manual and snowplough supplement manual are included with the software.

SCENARIOS – ALL FOR THE HAMBURG TO HANOVER ROUTE ADD-ON

Note: All the included scenarios require the Hamburg to Hanover Route Add-on to operate. This route is available to purchase via Steam.

[JT] BR44 Rotary Snow Plough in Icy Conditions
Icy winds in the Hanover area have covered some tracks with snow drifts and the traffic on these tracks is blocked. You are the driver of the Rotary Snow Plough and are expected to clear the tracks to Hanover Airport.

Icy winds in the Hanover area have covered some tracks with snow drifts and the traffic on these tracks is blocked. You are the driver of the Rotary Snow Plough and are expected to clear the tracks to Hanover Airport. Your pusher engine is a diesel loco V90.

Note: All the included scenarios require the Hamburg to Hanover Route Add-on to operate. This route is available to purchase via Steam.

By TS Controllers
12th February 2021 Off