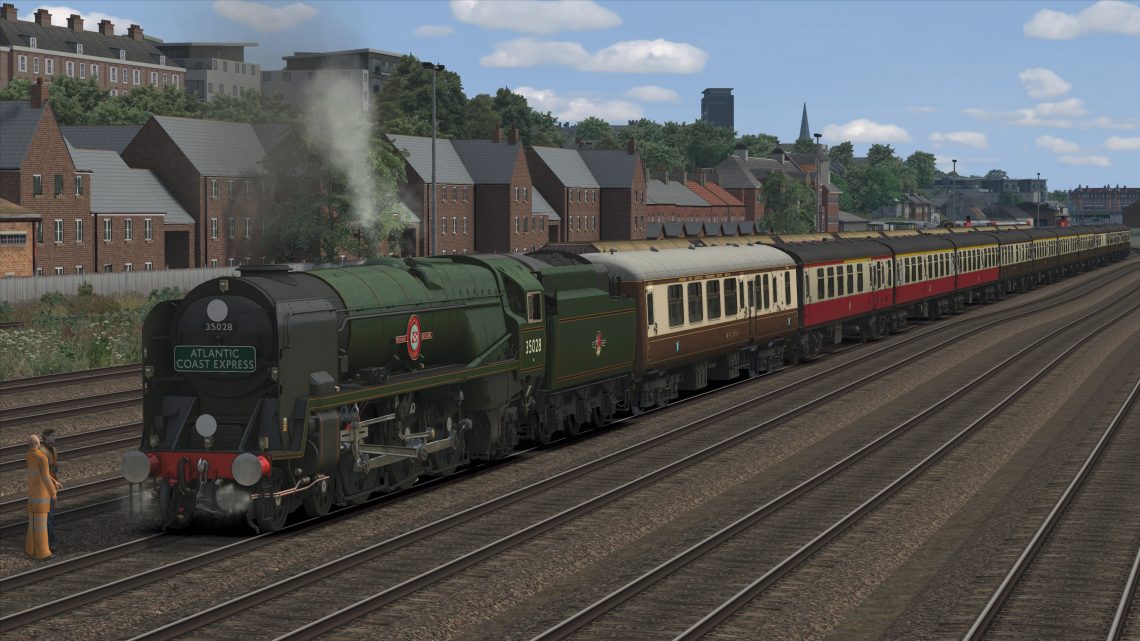 1Z63 – take 35028 ‘Clan Line’ from Honiton to Exeter St Davids, with the possibility of being held outside EXC. Arriving into EXD, you’ll then perform the ECS move (5Z64) into Exeter Riverside Yard for servicing.

1Z65 – perform a ECS propell move (5Z64) into EXD after being serviced in Exeter Riverside Yard for the past few hours. Then you’ll form 1Z65 to London Victoria (as far as Whiteball Tunnel due to route scenery limitations).

*** PLUS all the nessasary associated requirements ***

– Do occasionaly keep a eye on locos boiler water levels (via gauge glasses) if using Auto Fireman. The fireman (in testing) can occasionaly not always fill the boiler enough, so that during the run, there’s a possibility for a FAIL due to you running out of water.

– AI is not 100% representive of services at the time, pureley just to add more liveliness/enjoyment during the runs.

– There is a BUG with part 2 where a ‘rolling start’ happens for some reason – will be fixed when the issue is found. Doesnt cause a problem with the scenarios playability.

Really enjoyed making this mini pack of scenarios & will be attempting more steam hauled charter type scenarios, if feedback is positive! Might even create some gala themed scenarios with the merchant?
I also want to pass over my thanks to Ben @ Bossman Games for the work/effort put into the Merchant Navy, gotta be one of (if not) the best steam loco addon for TS. I really appreciate the hard work/effort
gone into the loco.