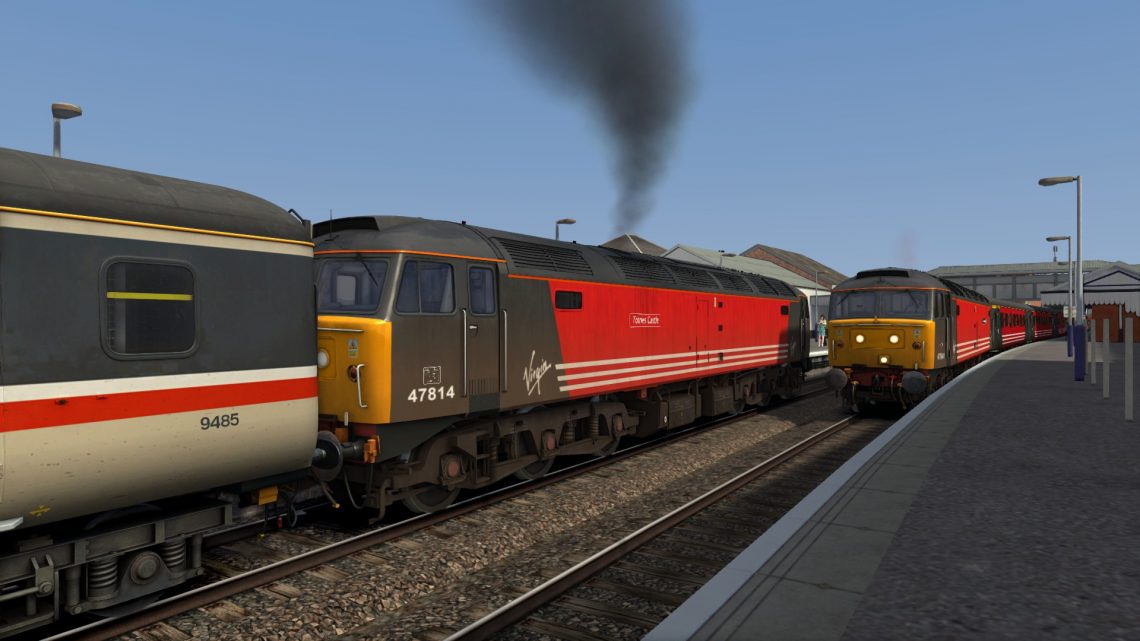 Hi, and thank you for downloading this scenario.
To install, simply copy the enclosed ‘Content’ folder to your Railworks folder. This is a ‘Standard’ scenario and is named “[MJC] 1S66 0858 Paignton – Edinburgh”

Summary
A scenario for the Berks & Hants to Bristol and Penzance route. Drive 47814 on a July Saturday on a morning departure from the Riviera, on the first leg of this train’s long journey to the Scottish capital. Year: 2000.
This scenario should last around 60 minutes. This loco and stock ran overnight to Paignton as the 23.30 Fridays-only from Manchester Piccadilly, the 47 working throughout. Having dropped off holidaymakers along the coast at the start of their holidays, it is now time to set-off for Edinburgh collecting those whose holidays are coming to an end. A class 86 will replace the 47 at Birmingham New Street. Later today, 47814 will be heading for the south coast with a round trip from Birmingham to Bournemouth and return to Wolverhampton. You begin in Goodrington Carriage Sidings where the loco has run-round its train. You are booked to call at Torquay, Newton Abbot, Teignmouth, Dawlish, Dawlish Warren, and Exeter St.David’s. You will be relieved in Exeter. As these trains are geared towards holidaymakers, the station dwells are extended to allow time for luggage to be loaded.

Optional Requirements
The following are NOT required to ensure that the scenario functions correctly, however they will add to the immersion:

I do hope you enjoy t his scenario.