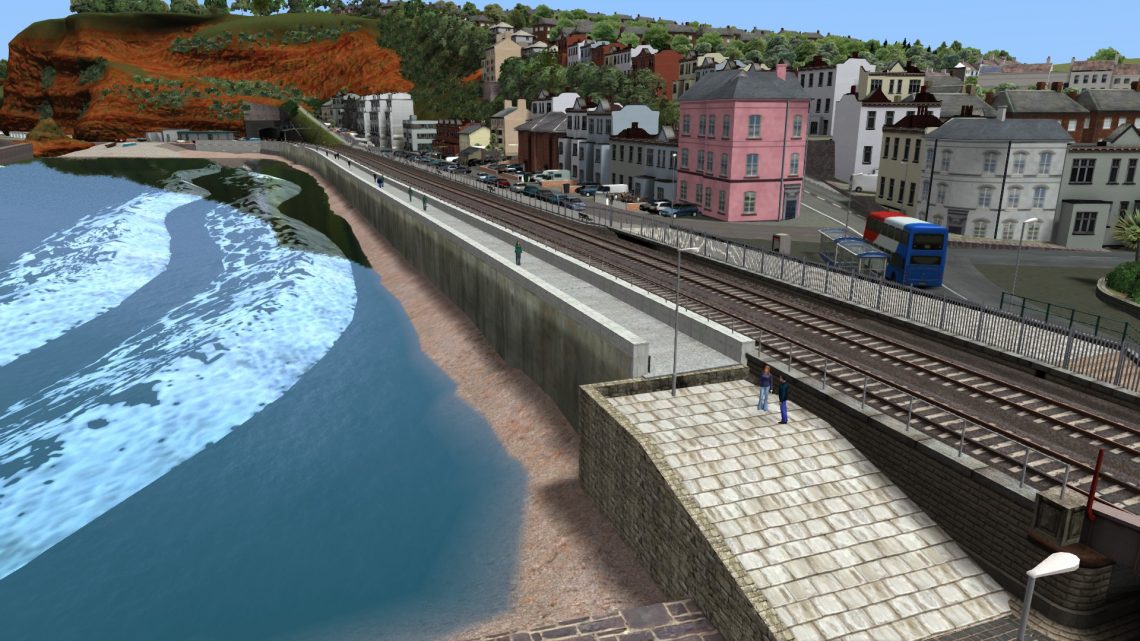 The Railways of Devon and Cornwall’ version 11

The Railways of Devon and Cornwall (‘RDC’ – originally ‘Devon Rails’) started with DTG’s ‘Riviera Line’ (modern), but has hugely extended it. Version 11 adds detailed scenery from Truro to Redruth, the Falmouth branch (mostly line, stations and signaling only for now), and a number of small corrections and improvements across the route. These include adding the Major Wales GWR IET stop signs at main line stations.

And line, signalling and stations only for:

Going forward we’ll steadily fill in missing detail and new route features. We’re keen to keep everything as up to date as possible, for example we’ve added the new Exeter depot, the planned new stations at Marsh Barton and Okehampton East, and the new sea wall at Dawlish.

We’ve done our best to accurately model the enhanced signaling along the Cornish Main Line. Signal numbering for some of the new equipment is still an educated guess for now.

In due course we’ll add the Plym Valley Railway, the Lynton & Barnstaple Railway, and the rest of the Cornish branches. It will take some time to complete the Railways of Devon and Cornwall, but we’ll get there in the end.

Have yourself or your house in RDC!

Make a donation to Force Cancer Charity Exeter and we’ll add you, your house or another personal avatar or symbol to the next version of RDC (subject to what’s available and the location being close to an RDC railway!). Make your donation here, and then get in touch with us to explain what you want (email address below, or get in touch via the High Speed Tracks Facebook page.

Updating and scenarios from v7.1 or earlier

V11 has the changes to the track at Exeter St David’s and Long Rock depots first released in V8. This disrupts scenarios made for v 7.1 and earlier releases that have stock placed in the EXD depot sidings. If you’re updating from v 7.1 or earlier delete your previous version before you install RDC; that way you won’t get any broken scenarios.

If you developed your own scenarios or edited supplied ones in v7.1 or earlier and want to keep them, save a copy of them before you delete your RDC! You can then put them back in again. If they include consists in the Exeter St David’s and Long Rock depot yards you may need to repair them using the editor. There’s a complete list of supplied scenarios on page 5 below.

There’s a complete list of included scenarios in the installation guide inside the route zip.