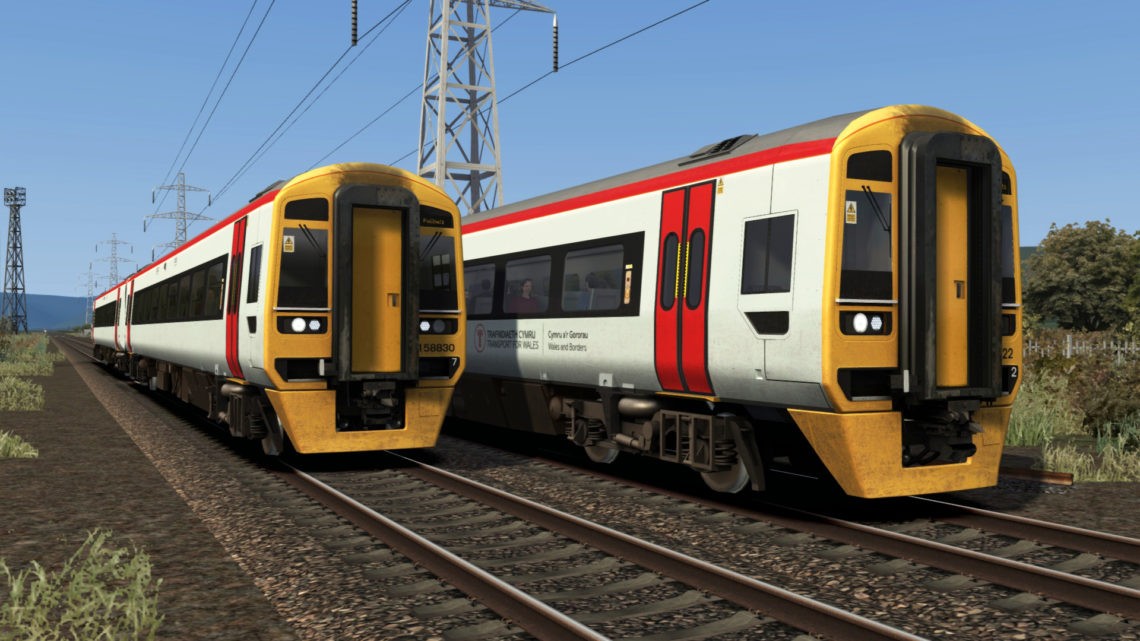 With Arriva Trains Wales no longer the holder of the Wales & Borders franchise, it was expected for the new operator (KeolisAmey, Transport for Wales/Trafnidiaeth Cymru) to take a bold step in designing a new livery. They came up with off-white, black, and red – I’ll leave you decide how ‘bold’ that is.

At the time of release, the units are in a mix of Ex-ATW, TfW Unbranded & TfW Branded. This pack depicts the latter two.

What’s included?
A painstakingly reskinned Class 158 into the TfW livery, PreLoads and Bin Files for both branded and unbranded.
Major Wales has created a plethora of child objects to make the skin more realistic – all branding, ‘Door Teeth’, a lamp hook, and the small ‘2’ and ‘7’ to denote which DMSL is which.

Version 2 (this one) has been redone from scratch to better depict the changes from Version 1.

Credit
Thank you to Ash Lightfoot for starting the project many many months ago, even before the first unit was reliveried!
Massive thanks Major Wales for his generosity and additions to this.