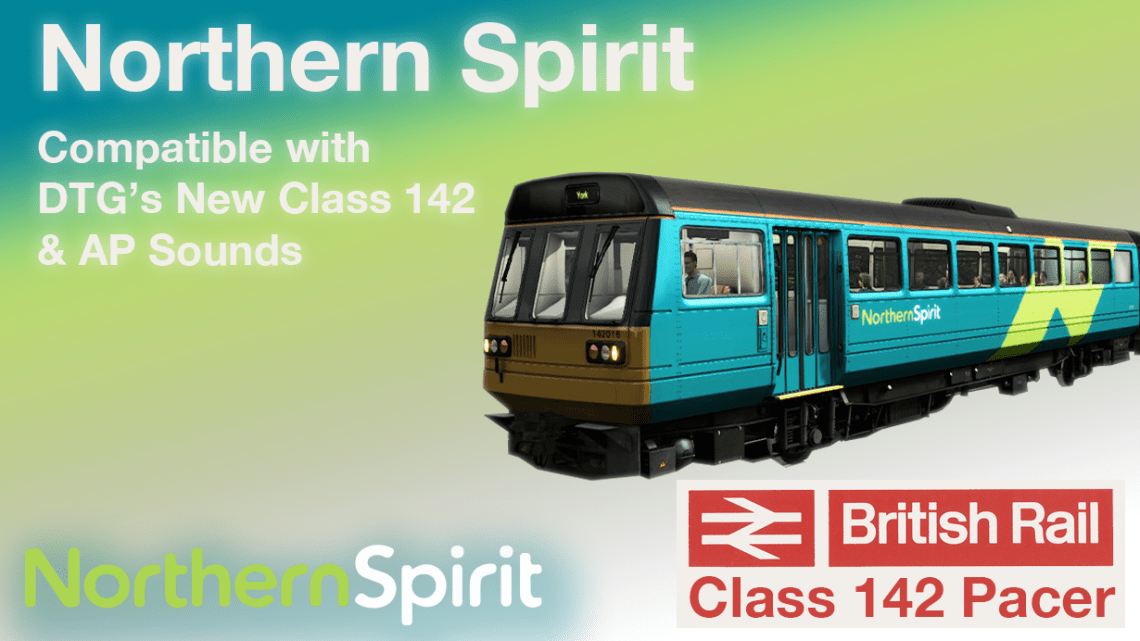 As part of the privatisation of British Rail, the Regional Railways North East franchise was awarded by the Director of Passenger Rail Franchising to MTL. The franchise commenced on 2 March 1997.[4]

In May 1998, the franchise was rebranded as Northern Spirit with a livery of turquoise with a lime green stylised italic N across the midsection introduced.

The ‘Northern Spirit’ brand was designed by London design agency Marsteller as the new identity for the Regional Railways North East franchise run by MTL. Arriva took over MTL in February 2000, and the RRNE franchise was renamed ‘Arriva Trains Northern’ in April 2001. The 28 Pacers operated by Arriva Trains Northern were painted into the Northern Spirit livery when refurbished between 1999 and 2001, however the light blue livery first appeared on 142065 for the launch of ‘Northern Spirit’ on May 21, 1998.

b) After installing the prerequisites successfully; locate the ‘FNW-DTG142’ download and move its content into your RailWorks Directory (Usually located at C:\Program Files (x86)\Steam\SteamApps\Common\RailWorks\). Overwrite any files if asked.

c) Navigate to your RailWorks folder (Where you’ve just imported these files to) and run ‘Install NorthernSpirit DTGPacer(V1.0).bat’

d) When it is completed, close the application.

f) Launch TS2020 And Look for the ‘Northern Spirit’ Conists under ‘Class 142 Pacer’ (Not ‘Class 142’! This is AP’s old pacer) in quick drive! I recommend using this pack on the following routes: