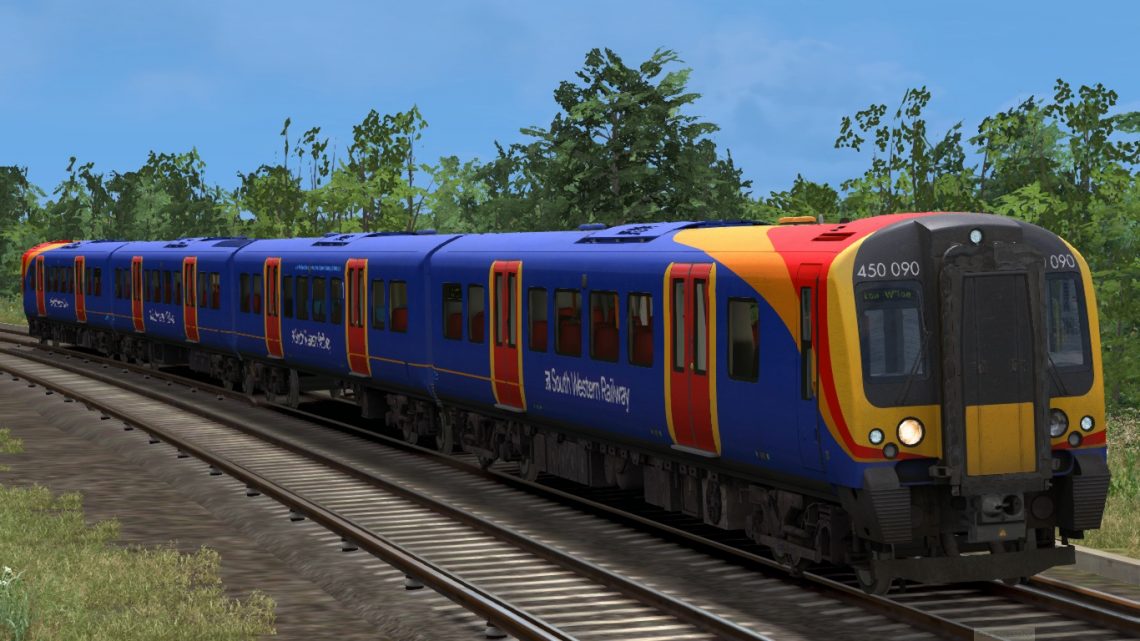 21st July 2020 0 By The Trainspotter from Tauranga

Here’s a nice and simple scenario for the Southampton to Bournemouth route by Dovetail Games. It takes place during the rush hour/peak period on a Wednesday afternoon.

In said scenario, you’ll be driving the Bournemouth to St. Denys portion of a Poole to London service. This service is operated by South Western Railway, with the traction being Class 450 Desiro No. 450090. As is the case with many other 450’s, this one is still in the old South West Trains livery (albeit with SWR logos applied). Some other trains that you’ll pass in this scenario do carry the SWR livery.

On this run to St. Denys, you will stop for passengers at the following stations:

This scenario requires the following DLC and third-party stuff (the names in brackets are those of the websites where you can find this stuff):

(Just Trains)
Voyager Advanced (the original, and not the 2019 version)

*Despite the inclusion of a 444 and 450 in the default SWML pack, I did not use them in this scenario because they’re not compatible with the AP enhancement pack*.

**The 66 packs are used just to make the sidings around Southampton look more realistic. Even though they’re not absolutely essential for this scenario to work, I still recommend having them installed**.