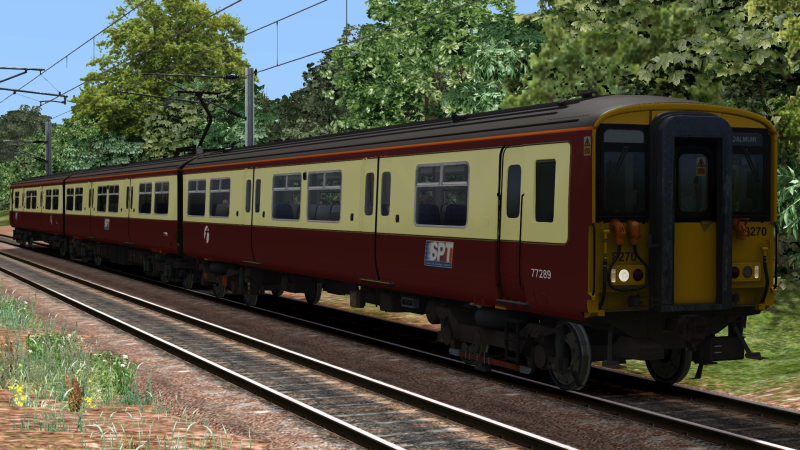 The Class 318 units were built in 1985-86 by BREL York and 21 three-car sets were constructed. The
units were introduced in September 1986 as part of the electrification of the Ayrshire Coast Line.
They were also deployed on the Inverclyde Line in small numbers.

The Ayrshire Coast Line were exclusively operated by Class 318s until 2001, when the new Class 334
Juniper units were delivered. By this time, some Class 318s began to work on the Argyle Line. Today
the Class 318 units operate on the Argyle and North Clyde Line services.

Between 2005 and 2007, the Class 318s were refurbished. The refurbishment included the fitting of
larger cabside windows, the removal of front end corridor connection, new vestibule draft screens
and passenger interiors refreshed. The work was done by Hunslet Barclay at Kilmarnock.

Between 2014 and 2017, the Class 318 units were again refurbished. The work included the fitting
of the universal toilet, interior refresh and a repaint to Scotrail saltire blue livery. The work
was done by Wabtec at Doncaster.

This reskin requires the Class 455 EMU Add-On from Steam, available from:
http://store.steampowered.com/app/65229/