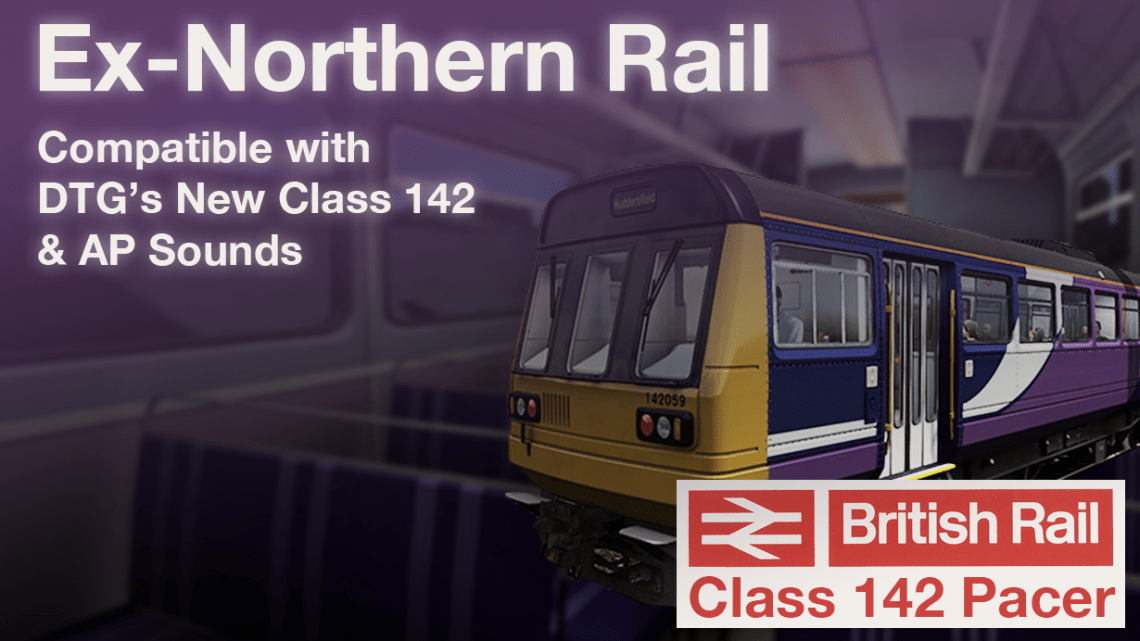 Northern Rail originally painted their trains into this livery, however upon transition from Serco / Abellio to Arriva Rail North, they were not repainted to the new ‘Northern Railway’ livery (Due to their ‘short’ life left in operation). They remained in their purple, white and blue ‘Swooping’ livery for the remainder of their life, however with removed branding. Pacers in this style became a very common sight through the north after the franchise transitioned to Arriva Rail North in 2016, and prior to the demise of Pacers in 2019 and 2020.

Look out for future liveries for The New Pacer in this series, and don’t forget to leave any comments, suggestions or feedback below!

b) After installing the prerequisites successfully; locate the ‘NorthernRail-DTG142’ download and move its content into your RailWorks Directory (Usually located at C:\Program Files (x86)\Steam\SteamApps\Common\RailWorks\). Overwrite any files if asked.

c) Navigate to your RailWorks folder (Where you’ve just imported these files to) and run ‘Install NorthernRail DTGPacer(V1.0).bat’
d) When it is completed, close the application.

f) Launch TS2020 And Look for the ‘Northern Rail No Branding’ Consists under ‘Class 142 Pacer’ (Not ‘Class 142’! This is AP’s old pacer) in quick drive! I recommend using this pack on the following routes: