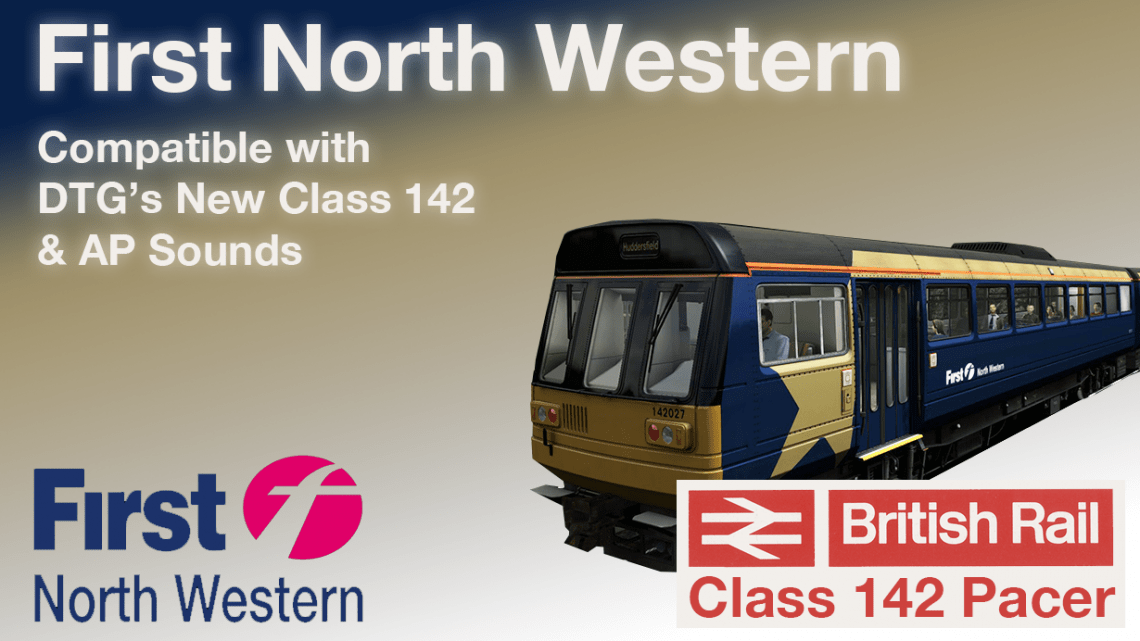 In the lead up to the privatisation of British Rail, the North Western section of Regional Railways was established. For a brief period from 1989, this section was operated under the short-lived Network NorthWest brand name, before becoming North West Regional Railways. The franchise was awarded by the Director of Passenger Rail Franchising to Great Western Holdings, with operations commencing on 2 March 1997 under the North West Trains brand. On 27 October 1997, a new livery of dark blue with a gold star was unveiled. In March 1998, First bought out the other shareholders in Great Western Holdings. The business was rebranded from North Western Trains to First North Western in November 1998 with First’s corporate blue, pink and white livery adopted on only some classes of train.

A selection First North Western’s pacers were cascaded to First Great Western, and existed for many years with their gold star livery, however with pink doors rather than dark blue. These were again, later transferred to Northern. In the first two years of the franchise, Northern had removed the branding from all of its inherited units and replaced it on some units with monochrome “Northern” logos. These were either black or white, depending on the base livery colour of the unit they were being applied to. This process continued into 2006.Northern rail slowly started to repaint their Gold star pacers (Along with inherited Merseyrail)and to their corporate purple, blue and white swooping livery.

b) After installing the prerequisites successfully; locate the ‘FNW-DTG142’ download and move its content into your RailWorks Directory (Usually located at C:\Program Files (x86)\Steam\SteamApps\Common\RailWorks\). Overwrite any files if asked.

c) Navigate to your RailWorks folder (Where you’ve just imported these files to) and run ‘Install FirstNorthWestern DTGPacer(V1.0).bat’

d) When it is completed, close the application.

f) Launch TS2020 And Look for the ‘First North Western’ Conists under ‘Class 142 Pacer’ (Not ‘Class 142’! This is AP’s old pacer) in quick drive! I recommend using this pack on the following routes: