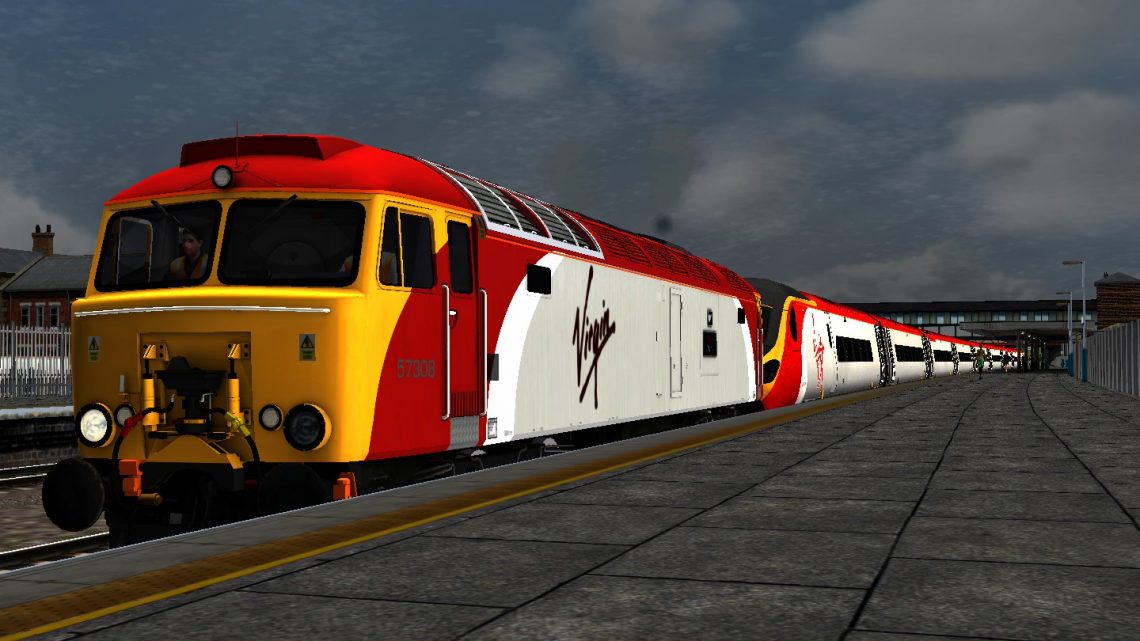 Thank you for downloading my first two scenario’s.

Traffic is fairly light but on the return working you may catch up with the service in front between Rhyl and Chester. On testing I did find that I had to Tab past the signal protecting Chester platform 4 and at the start of the return trip you will need to couple the 57 to the 390.

* Only used in static consist at Holyhead