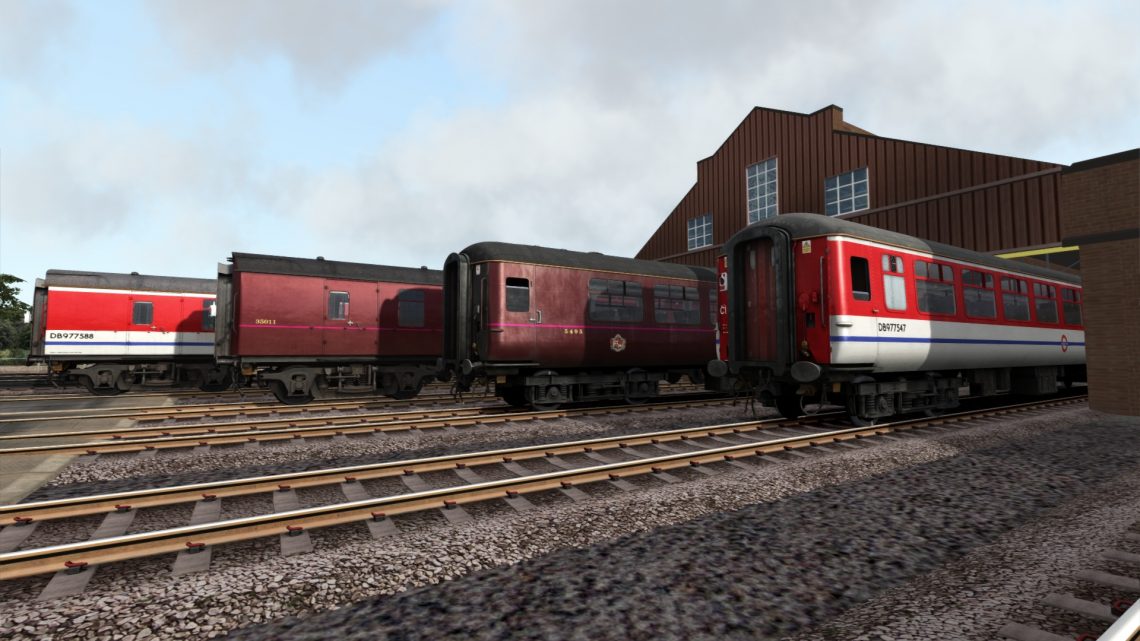 This pack contains a reskin of Armstrong Powerhouse’s Mk1 BSK and Mk2 B/C TSO in London Underground and Metropolitan Railway liveries, as worn for Steam on the Met, Steam on the District and various depot open days from the late 80’s and through the 90’s.

In preparation for Steam on the Met 1989, London Underground realised it would be cheaper for them to buy second hand British Rail coaches for use on the weekend rather than hire them in every time they held an event.
They bought themselves a Mk1 BSK that was being used as a Brake Force Runner and a MK2C SO that had been converted from an FO for departmental use. These were both painted into a red, white and blue London Underground livery for their debut.

As the events became more popular, more coaching stock was needed. In 1992 London Underground bought two 4TC units which they painted in Metropolitan Railway maroon livery (Not included in this pack) and later, in 1995, three Mk2B TSOs which were painted to match the 4TC set in Metropolitan Railways Maroon, along with the Mk1 BSK