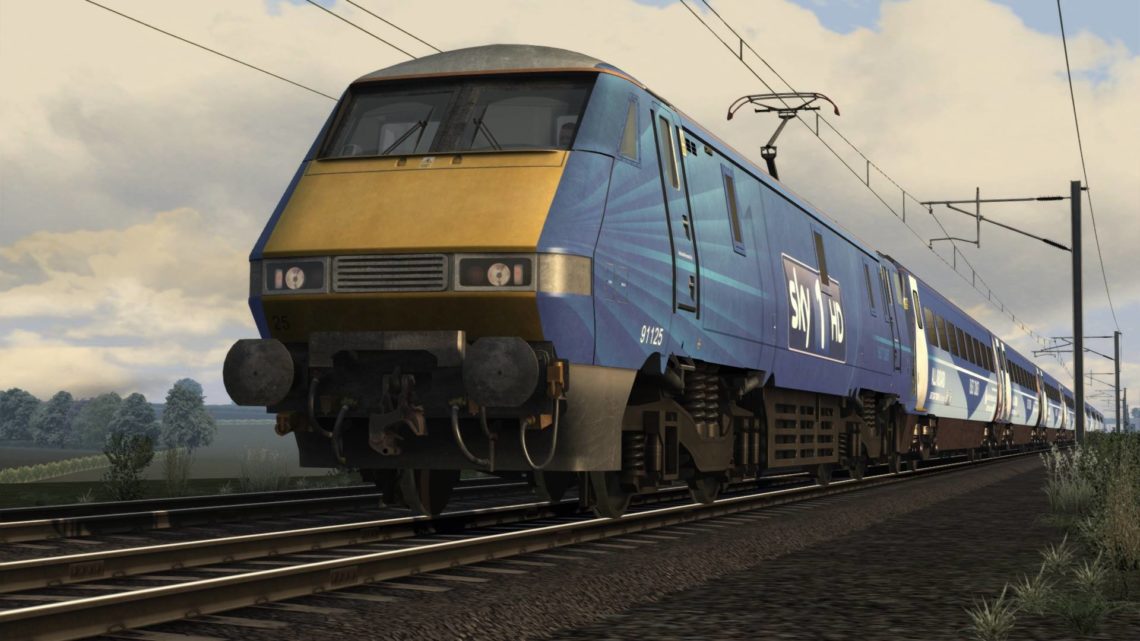 In November 2013 Sky created a 10 Episode documentary series called “All Aboard East Coast”, which premiered on Sky 1. 91125 and a full Mk4 + DVT Set were promotionally liveried at Sky’s expense to advertise the series. A light blue and dark blue base livery were applied, featuring staff members from the series with quotes. Whilst the Mk4s obtained a white “East Coast” logo, the Class 91 and DVT were adorned with large “Sky 1 HD” logos. In November of 2014, the set was returned to the standard East Coast grey livery, only a few months prior to the take over of Virgin and Stagecoach.

This pack has been a collaboration with BHReskins, Ash992478, James Ivell, Lewis Clowes and Matthew Wilson from Vulcan Productions.