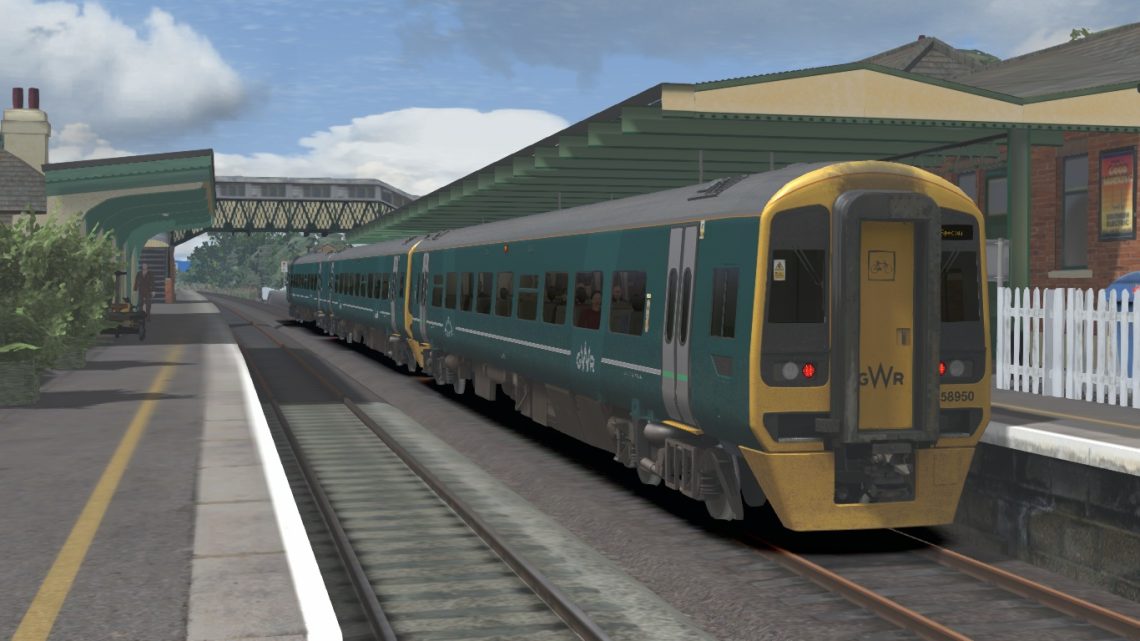 22nd November 2021 1 By The Trainspotter from Tauranga

This is a pack of two scenarios for the Railways of Devon & Cornwall V11 route, which is available here on ATS. They are both standard-mode scenarios, and their in-game names are:

Across these two scenarios you’ll be driving a GWR Class 158 on two of the new Okehampton services. In real life, and starting on November 20th, 2021, Great Western Railway are restoring daily train services on the Exeter to Okehampton route. I didn’t know this was even happening until I watched a Geoff Marshall video entitled ‘How Many Stations Are There Now?’.

Prior to 2019, GWR only ran over the former LSWR mainline on summer Sundays. This new service they’re bringing in will run every day of the week, and there will be eight trains a day from Okehampton to Exeter and vice versa. Some services will terminate at Exeter St. David’s while others will continue to Exeter Central.

I’ve got two videos on YouTube which show me playing through both of the scenarios in this mini-pack:
Pt.1 ~ 2K05 to Okehampton

These two scenarios require the following DLC and third-party items:

Thank you for downloading, and I hope you enjoy driving to Okehampton and back again.