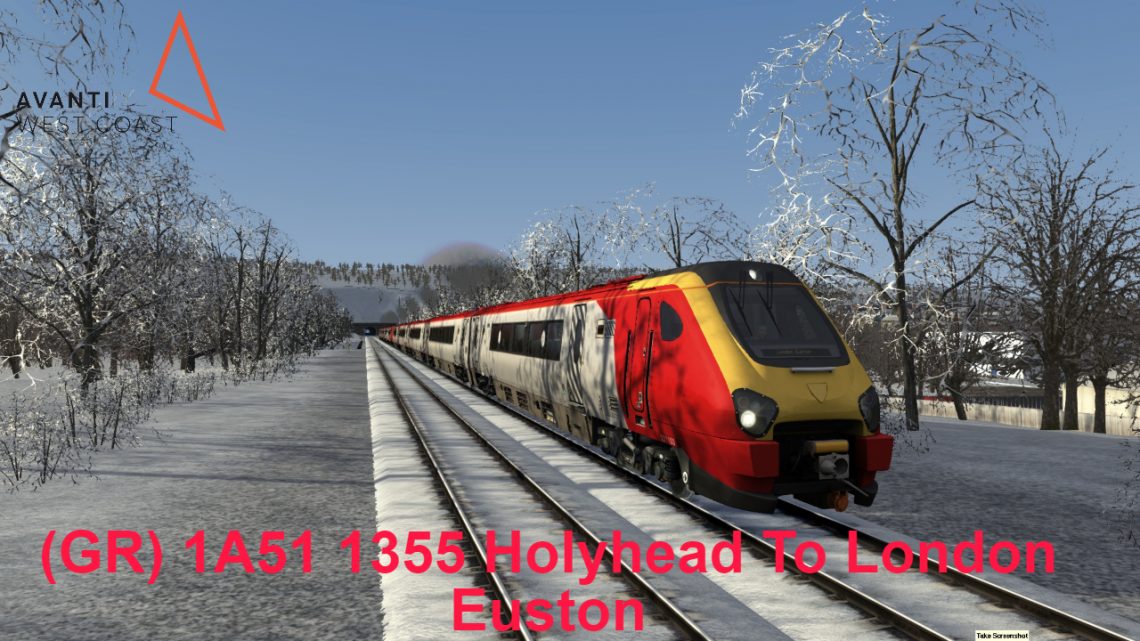 Good Evening Driver. This service has had so far good run. In this run you will be In charge charge of 1A51, the 13:55 Avanti WestCoast Service From Holyhead To London Euston .You have been allocated this class 221 Super Voyager (221 108+ 221 103) formed of 10 coaches.in this scenario you have just taken over from another driver here at Rugby , You will be calling at: Milton Keynes Central and London Euston only, Where you will be relieved. Traffic isn’t bad here in Rugby Area so it should be good run into London Euston.At London Euston You will take Break from this service. Have a Safe Journey

Please Note: In the Second Part of Scenario You will be Expecting to be held at red signal outside Euston this is due to crewe Service ahead of this one. approximately wait up to 1 min or less to clear Signal.
Please Press Tab button Between rugby and Milton Keynes.

Whilst I have thoroughly tested this scenario using the 64bit version of TS2020, I will not be held responsible for damage to computers, or software corruption whilst installing and running this scenario.

Please do not upload, or distribute to other sites without my prior permission. Any Question Feel free to ask without any hesitation.
Thanks