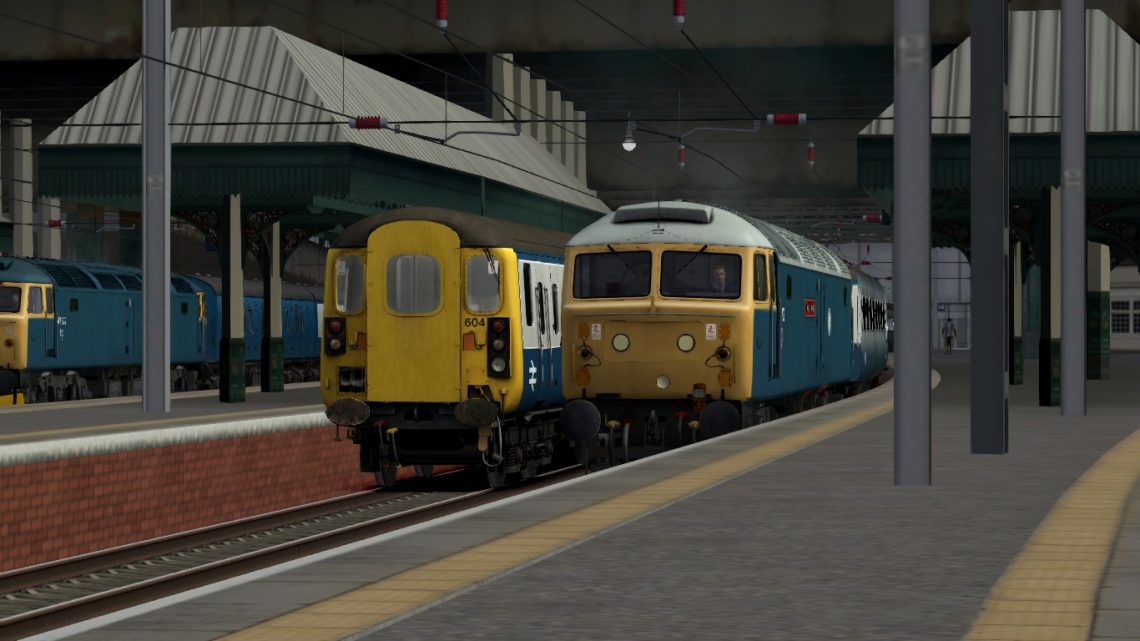 All four scenarios are based on the Edinburgh/Glasgow push-pull express service during the early 1980’s BR Blue period. Each push-pull train was made up of a Class 47/7 locomotive (47701-47712) with 5x MK3A coaches and a MK2F DBSO driving trailer. Five train sets operated a half-hourly service calling at Haymarket and Falkirk High. Every alternate train also called at Linlithgow and Polmont. The Class 47/7 locos were adapted to run at 100mph, instead of the usual 95mph speed limit for standard Class 47 locos.

Every Class 47/7 locomotive used in the scenarios are accurately represented with their correct corresponding front-ends and nameplates for each loco.

Note: Scenario 2 has slightly incorrect ETA times when stopping at Linlithgow and Haymarket stations. This does not affect playability and completion of scenario. It seems to be a bug with the route itself rather than a problem with the scenario editor.