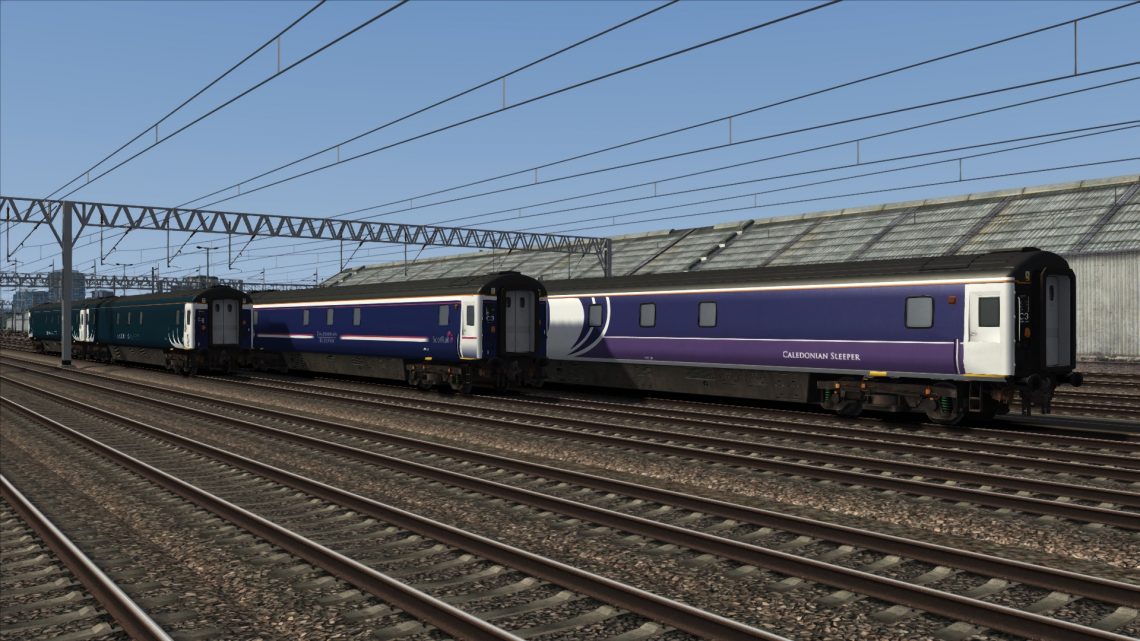 MK3A sleeper coach is a type of sleeping coach on the British rail network, a total of 208 Sleepers (120 SLEP 88 SLE) were built between 1982-1984. in 1999 National Express Scotrail Converted 12 Sleeper coaches to SLEDs with the removal of 1 Berth and enlarging another berth and fitting a accessible toilet.

This Pack for the WCML Over Shap MK3A Sleepers features the liveries carried on the sleeper coaches that are used on the Caledonian sleeper.

*Pack will function without this requirement