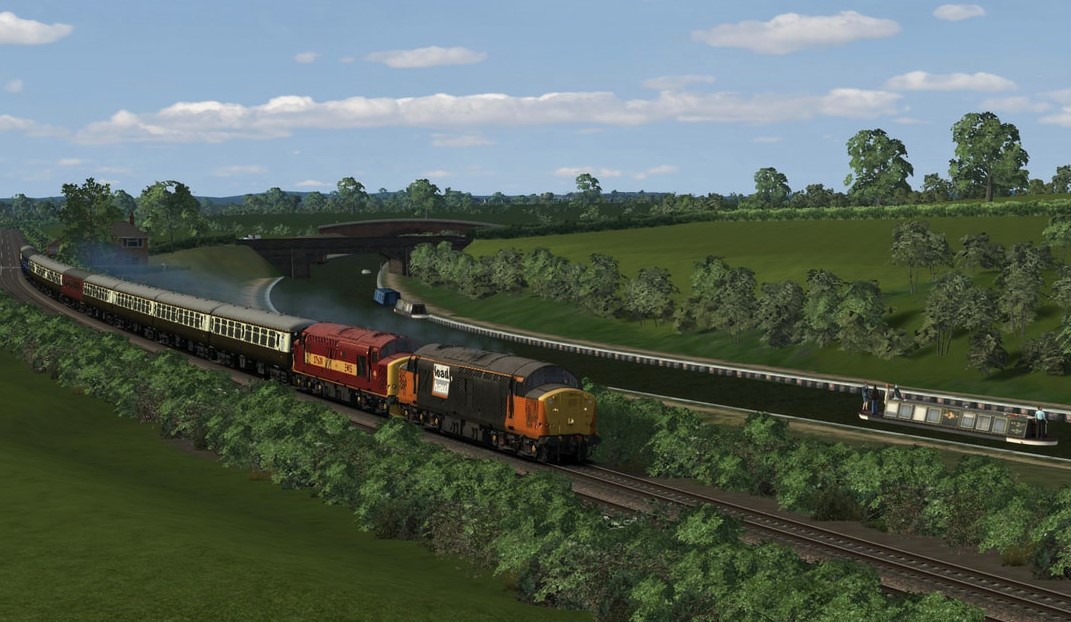 All aboard the railtour special (2002)

You’re in charge of Class 37670/710 on the 06:54 Bristol TM – Edinburgh Railtour Service (As far as Kings Norton). For your shift you have 2 hills to deal with Filton Bank & Lickey. It does seem you have a semi fast run to Kings Norton but are likely to be held at a few places (For a short amount of time).
These pair however have been sat at Bristol TM since 3am which means a “Cold Start” is needed.

NOTE: :
This scenario is semi fictional (No timings are based on real timings)
All Ai livery’s are correct for the year this scenario was set in (2001/2)

Due to the Year / Length / & set during the morning rush this scenario needs a LOT of DLC & Reskins
which are all listed in the readme.

If you want a nice relax quiet scenario then mine isn't for you.. I like to keep you on your toes with plenty of passing trains.