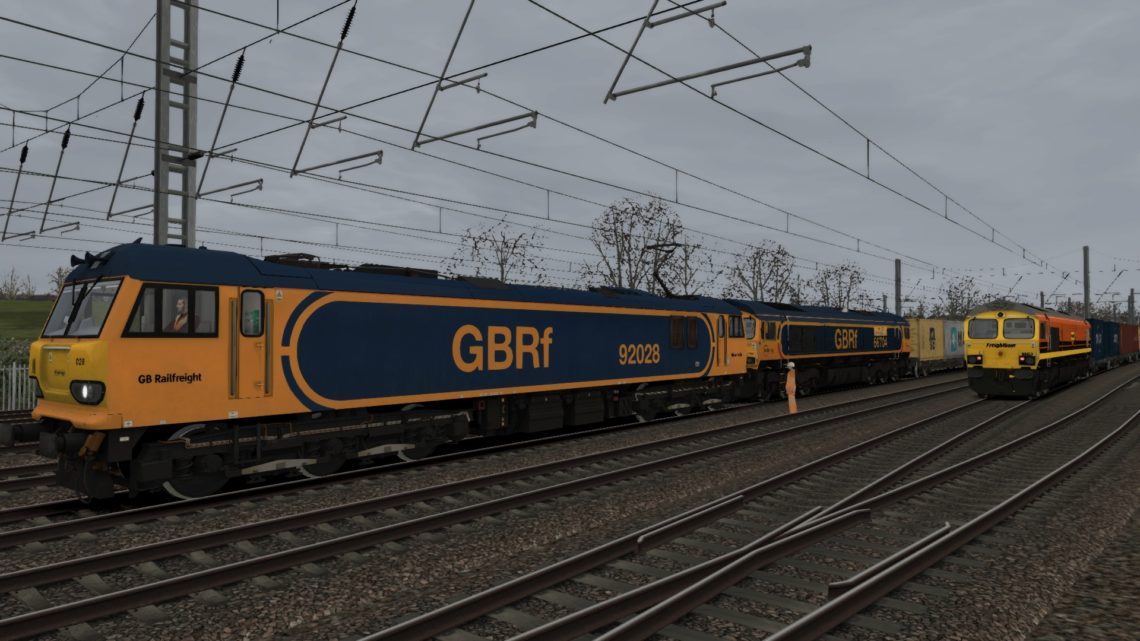 This is a fictional scenario based on real-world timetables.

With GBRf reintroducing Class 92 locomotives from storage, it has been decided to trial them again on GEML freight runs. This particular run is from Felixstowe to Hams Hall.

In part 1, you are tasked with taking 66704 from Felixstowe North to Ipswich Upper Yard.
In part 2, you will couple 92028 to the front of this train and take it down to Shenfield.
In part 3, you will take the train as far as Stratford.

This scenario has not been tested in 32bit, and I am not sure that it would run without 64bit.