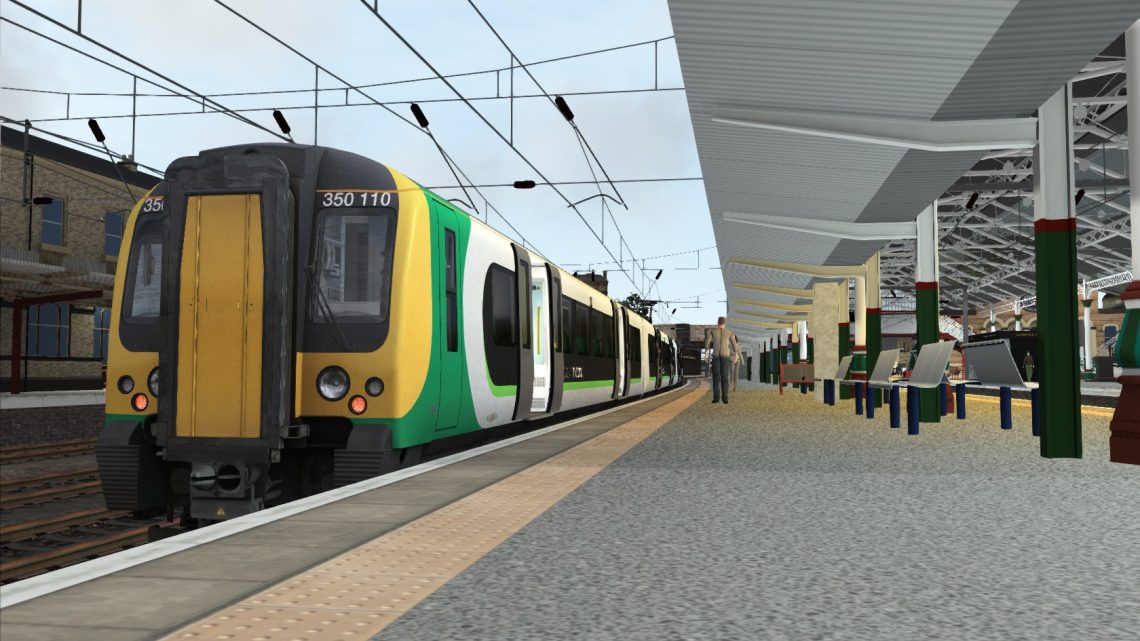 Inherited from Central trains, London Midland continued to operate the one service per day from Birmingham New Street to Preston during the evening rush hour. After having plans rejected to operate an hourly service to the Lancashire city, London Midland ceased the service all together during the December 2008 timetable change and instead opted to increase the Liverpool service to half hourly.

Set on a warm spring evening in 2008, you take charge of the Class 350 Desiro for the entire journey from Birmingham New Street to Preston. You will make calls at Sandwell & Dudley, Wolverhampton, Penkridge, Stafford, Crewe, Warrington Bank Quay, Wigan North Western and Preston. No issues enroute however the Virgin Trains servcie to Edinburgh will be hot on your heels so make sure your not late!

AI Traffic taken from the May 2008 WTT and liveries appropriate for the time period.

Although AI traffic isn’t too heavy, it is highly recommended to save the scenario regularly.
Basford Hall and Arpley yards have been purposely left empty as to not strain PC’s too much. Though made some effort to clutter depots.

To install, simply extract the .rwp file to your desktop and use TS Utilities install (found in your railworks folder) the rwp file 🙂