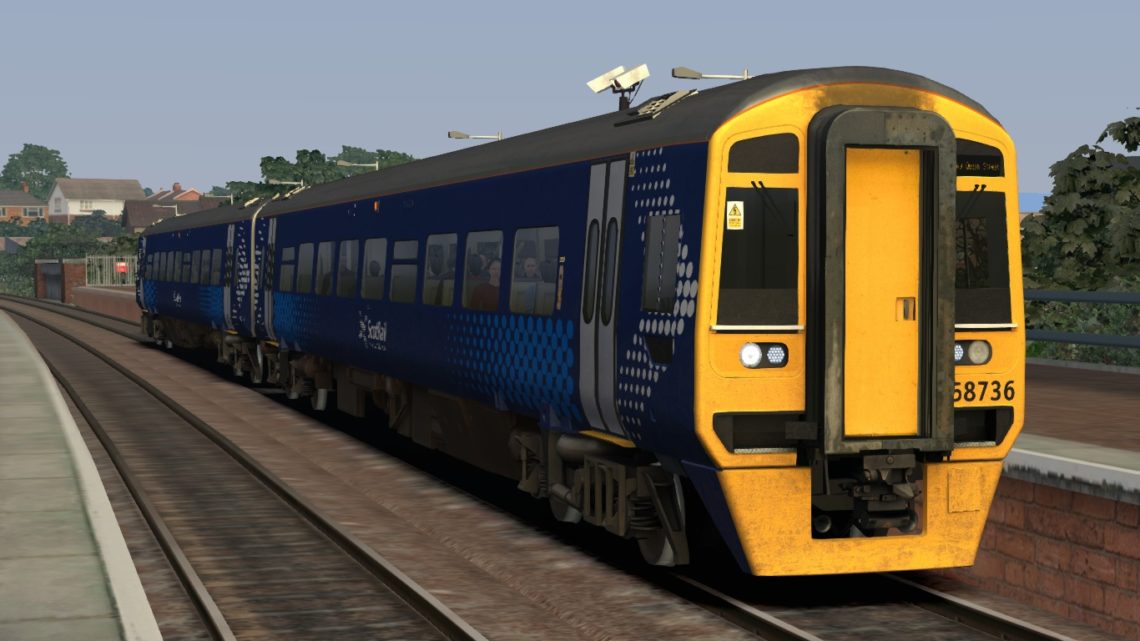 19th July 2019 0 By The Trainspotter from Tauranga

This is another short scenario for the Suburban Glasgow route.

The Maryhill Line is an unusual operation, in that it’s an intense stop-start service that is still operated by diesel multiple units, unlike most of the Glasgow suburban network. The present-day service was launched as far as Maryhill in 1993, with the extension to Kelvindale and Anniesland opening in 2005. This eliminated the need to run the trains empty to Westerton so they could change direction.

Today you will be driving the first eastbound train of the day along the Maryhill Line, which departs Anniesland at 0632. The traction for this run is a single Class 158 Sprinter. You will be calling at all stations on the way. And as it’s a busy time of the day for Glasgow, you may see yellow and red signals between Cowlairs North Junction and Glasgow Queen Street.

The scenario requirements are listed in the included ‘readme’ file.

And that should just about do it for now. Thank you for downloading and good luck on the Maryhill Line.