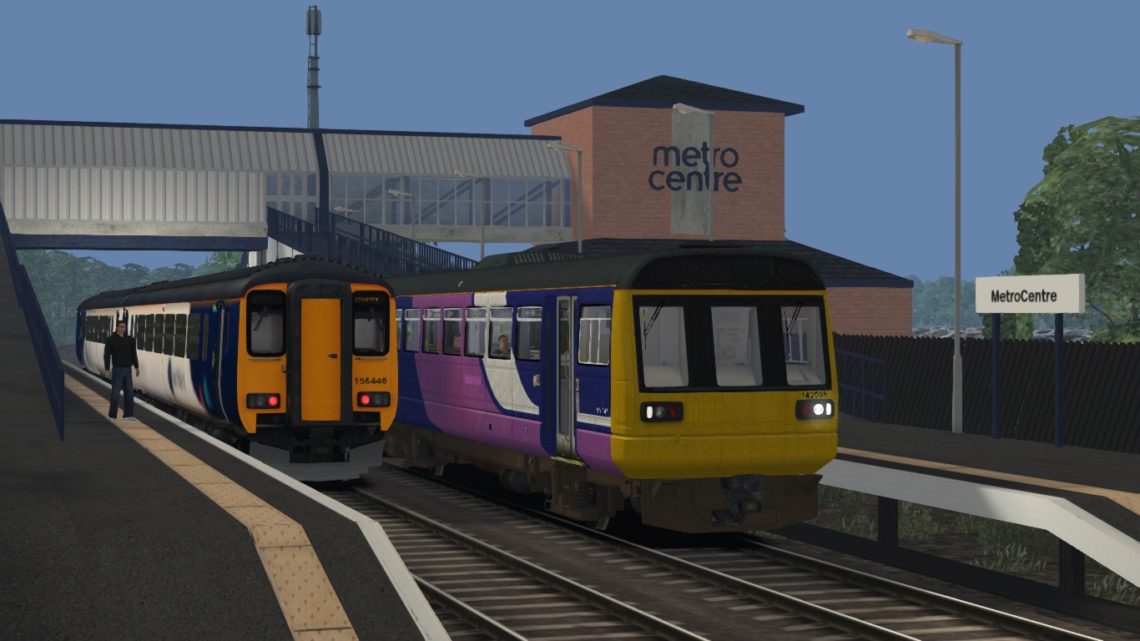 23rd June 2019 Off By The Trainspotter from Tauranga

This scenario is for the East Coast Mainline North East route, which is available from DP Simulation. It will not work with the Steam Workshop version.

Most services covering the section between Newcastle and Metrocentre do not stop at Dunston. This is one of the exceptions. It’s a foggy evening in the north east, and you have been called upon to take over a Nunthorpe to Metrocentre service at Newcastle. The traction for the run is a Class 156 Sprinter in the Arriva Rail North livery.

I apologize for the high DLC requirement, but I feel it is necessary in order to achieve the desired realism.

And with that being said, thank you for downloading and happy driving 🙂

687A 13:58 Dagenham Dock Reception To Mossend Down Yard