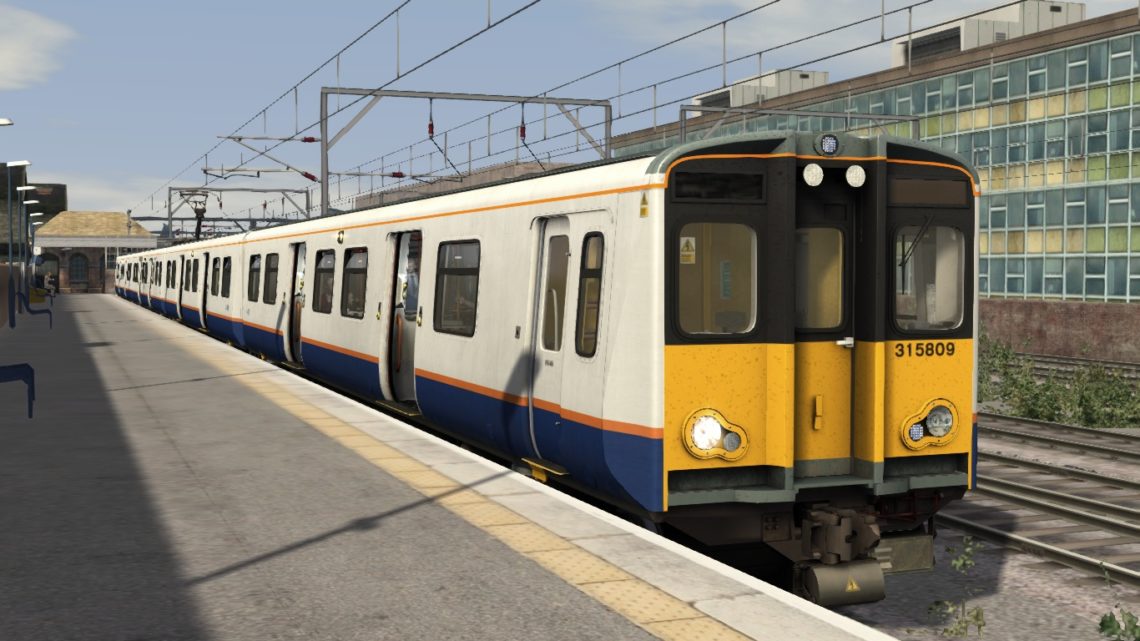 23rd June 2019 Off By The Trainspotter from Tauranga

The Romford to Upminster line in TS is part of the Crouch Valley route, which is available on UKTrainSim.

This line is probably the most unusual part of the London Overground route, in the sense that it is completely separated from the rest of the network. The reason for its inclusion in the LO network is because it would require a massive crossover/flyover for the TFL Rail services at Romford, and it leaves Upminster in the wrong direction for it to be directly added to the London Underground’s District Line. Another fact that is worthy of mention is that the line is not physically connected to any other line at the Upminster end.

Today you will be in charge of a morning peak-time service from Romford to Upminster, calling at Emerson Park on the way. The traction for this run is one of the trusty Class 315 units. This one has been fitted with a different style of headlights; the so-called ‘angry eyes’.

The required content for this scenario is as follows:
(Steam)
GEML Class 90
South London Network

And lastly the Virtual District Line route, as I have used the D78 stock as Ai traffic at Upminster. Unfortunately I can’t remember exactly where you get this route, so if anyone does know then please let me know so I can add a link here.

And I think that’s pretty much everything for now. Happy driving!