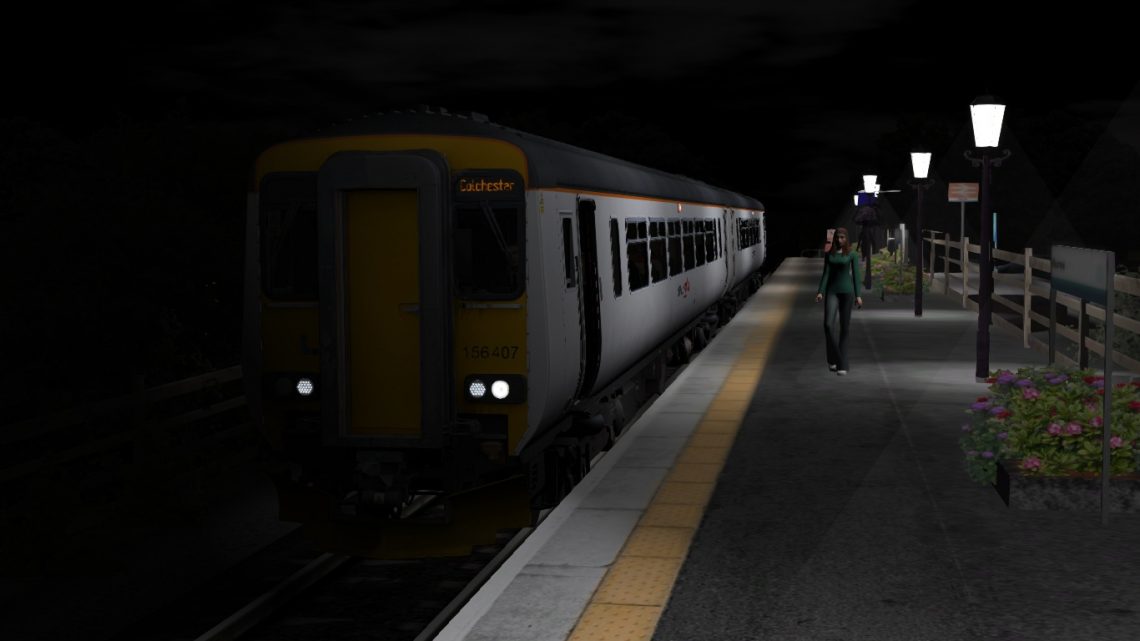 7th February 2021 0 By The Trainspotter from Tauranga

This is a standard-mode scenario for the Crouch Valley 3 – Great Eastern route, one that showcases an unusual service.

(A while ago Geoff Marshall made a video where he visited the Gainsborough Line, more specifically Bures station and the East Anglia Railway Museum. Whilst at Bures he noted on the timetable that – late at night – the last train out of Sudbury continues on to Colchester while it’s still in passenger service. That was the inspiration for this scenario).

Late at night, at the end of each operating day on the Gainsborough Line, there’s one last passenger service which departs Sudbury at 2326 and continues past Marks Tey, ending at Colchester. You will be in charge of this service on an unsurprisingly dark night. On this occasion 2F14 is formed of a lone Class 156, and you’ll serve the following stations on your journey:

(In real life the service from Marks Tey to Sudbury is no longer operated by the Class 156, but rather the new Class 755 electro-diesel units).

(The DLC and third-party requirements for this scenario are as follows):

(The next batch of items is optional, and is only used to full in the sidings at the East Anglia Railway Museum, which is right next to Chappel & Wakes Colne station):