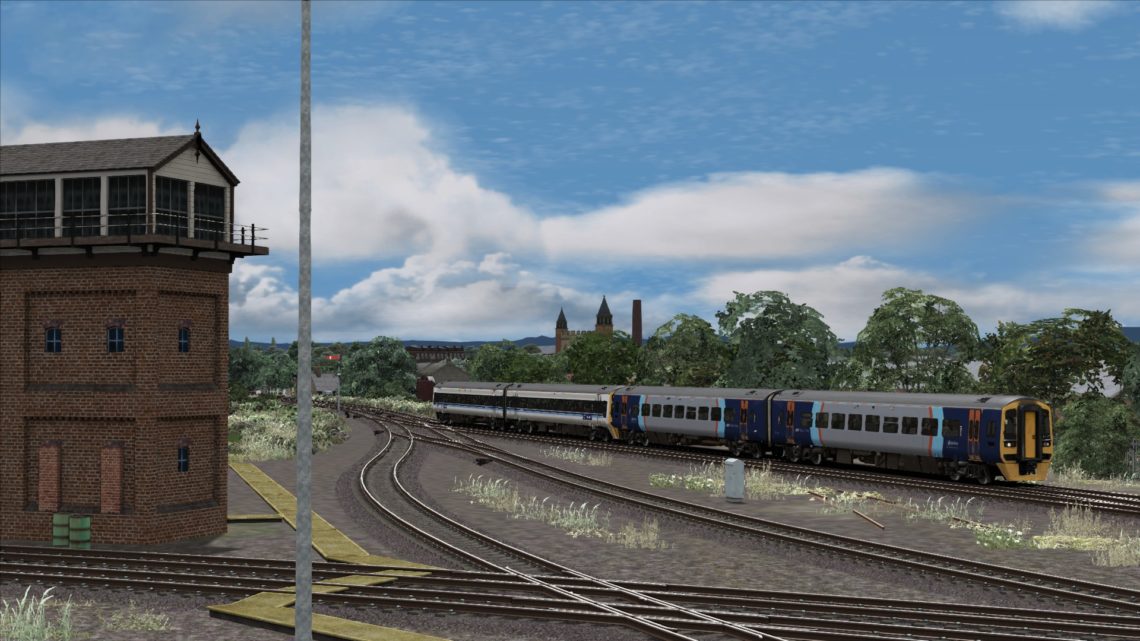 Hi, and thank you for downloading this scenario.

To install, simply copy the enclosed ‘Content’ folder to your Railworks folder. This is a ‘Standard’ scenario and is named “[MJC] 1M61 0653 Penzance – Manchester Piccadilly”

Summary
Under the ‘Alphaline’ brand, Wales & West developed and operated many convenient through services. This popular once a day service connected the south west and Bristol directly with stations on the North & West route through to Manchester, and vice-versa. Today you are driving 158867 which carries a prototype for a new Wales & West livery, which ultimately was not adopted. As it is the Summer timetable you are in a four car formation, with Perkins-engined 158821 on the rear.

Scenario run-through
This scenario should last around 95 minutes. Running a minute or two early, you have been regulated for a late-running southbound service at Maindee North Jn. This service and its corresponding southbound service are booked to avoid Newport using the Maindee Curve, which in 2000 was actually double track. Once on the move, you call only at Abergavenny, Hereford, Ludlow, and Shrewsbury where you will be relieved. Being the Summer timetable, you have a four car class 158 formation.
Big shout out to Major Wales for creating this class 158 reskin as it rekindles happy memories from my early railway career.