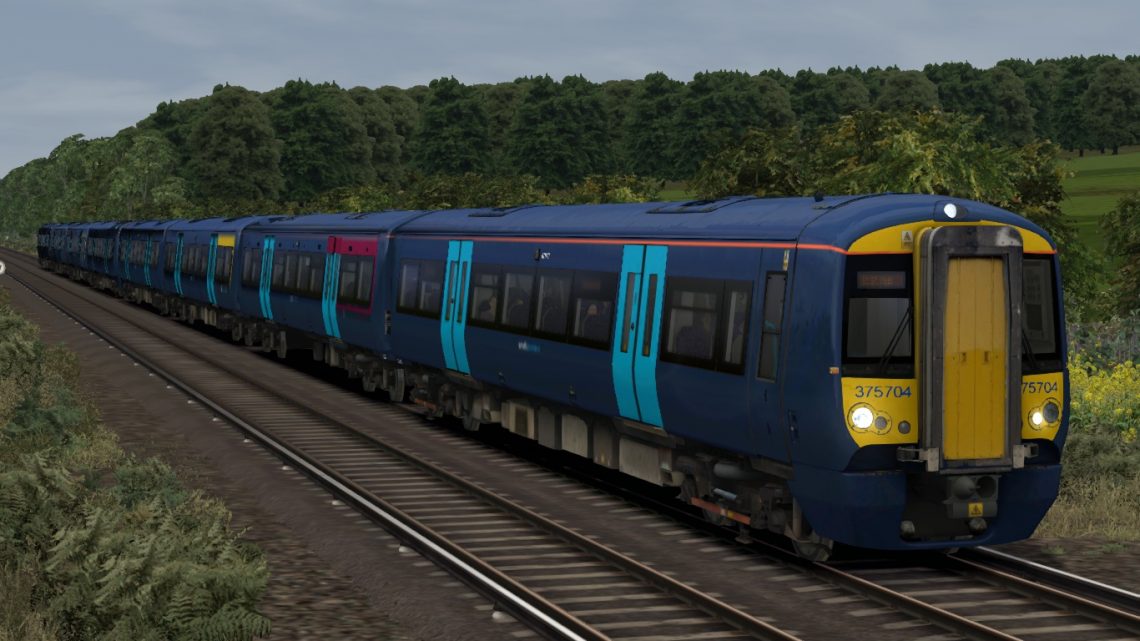 25th June 2020 0 By The Trainspotter from Tauranga

I think this is the first scenario I’ve made on one of Backdated TrainSim’s routes.

It’s a slightly overcast morning in the south of England. You’ll be joining the 12-car Class 375 consist at Tonbridge on its way to Hastings. After letting passengers board, you’ll drive the train down to Hastings. The last unit (375712) will be dropped off at Tunbridge Wells, leaving units 375704 and 375710 to continue on to Hastings.

This line is unusual because of the numerous narrow tunnels, which result in short single-track sections on an otherwise double-track line.

Some trains on this line skip most of the stations, but your service will stop at all stations over the 33 mile route:

The requirements for this scenario are listed below:

I did not have AP’s 375/377 Enhancement Pack at the time of uploading. As such, I used the default liveries from the Chatham Mainline and London to Brighton routes, plus that marketplace livery pack.

And with that being said, thank you for downloading, good luck and happy driving!