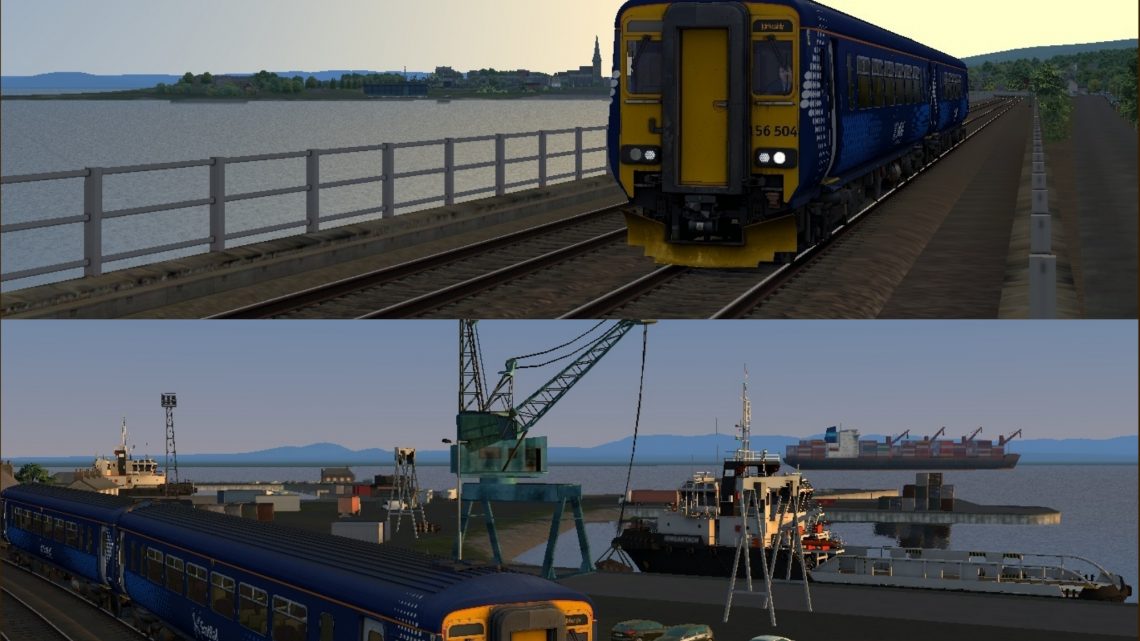 Background:
Before the introduction of the Class 385s and HSTs into Scotrail’s fleet the summer of 2018 was littered with
differing types of stock, with loaned Class 365s being brought up from Great Northern as well as Class 380s
operating on the Edinburgh- Glasgow line, alongside the ever reliable 170s. Class 156s also made an apperance
into Edinburgh, operating services to and from Glasgow Central via Shotts, however, once a day a Class 156 ventured further afield, operating the 1912 service from Edinburgh to Kirkcaldy and then the return service from Kirkcaldy to Edinburgh at 2026, this service would then couple up to a fellow 156 classmate before operating a service back to Glasgow Central.

In today’s two-part scenario you will operate both of the Class 156 services up and down the Fife Coast, in Part 1 you will operate 2K27, the 1912 Scotrail service from Edinburgh to Kirkcaldy, you will call at Haymarket, South Gyle, Dalmeny, North Queensferry, Inverkeithing, Dalgety Bay, Aberdour, Burntisland, Kinghorn and Kirkcaldy. Upon arrival into Kirkcaldy you will operate an ECS move from Kirkcaldy Platform 2 to Kirkcaldy Down Sidings where the scenario will end.

Part 2 of the scenario will pick up in the siding, where you will move back into Platform 1 at Kirkcaldy, before
operating 2K28 the 2026 Scotrail service from Kirkcaldy to Edinburgh calling at Kinghorn, Burntisland, Aberdour,
Dalgety Bay, Inverkeithing, North Queensferry, Dalmeny, South Gyle, Haymarket, and Edinburgh. Due to a delayed
LNER service from Aberdeen to Leeds as well as a points failure at Kirkcaldy you will be running late so you will
have to do your best to try and make up time. Upon arrival into Edinburgh you will couple up to another 156 in preparation for the next service to Glasgow Central.

I had originally intended to do the whole return journey as one scenario however there was an almost half an hour wait in the siding so I thought it best to split it up. I have also tried to make it as accurate as possible with
the stock in Haymarket Depot being the same in both scenarios.

The scenario was created thanks to the backdated timetables found on https://www.dpsimulation.org.uk/timetables.html

Requirements: (After each requirement I have added which part of the scenario it is required for)

Hope you enjoy the scenarios!