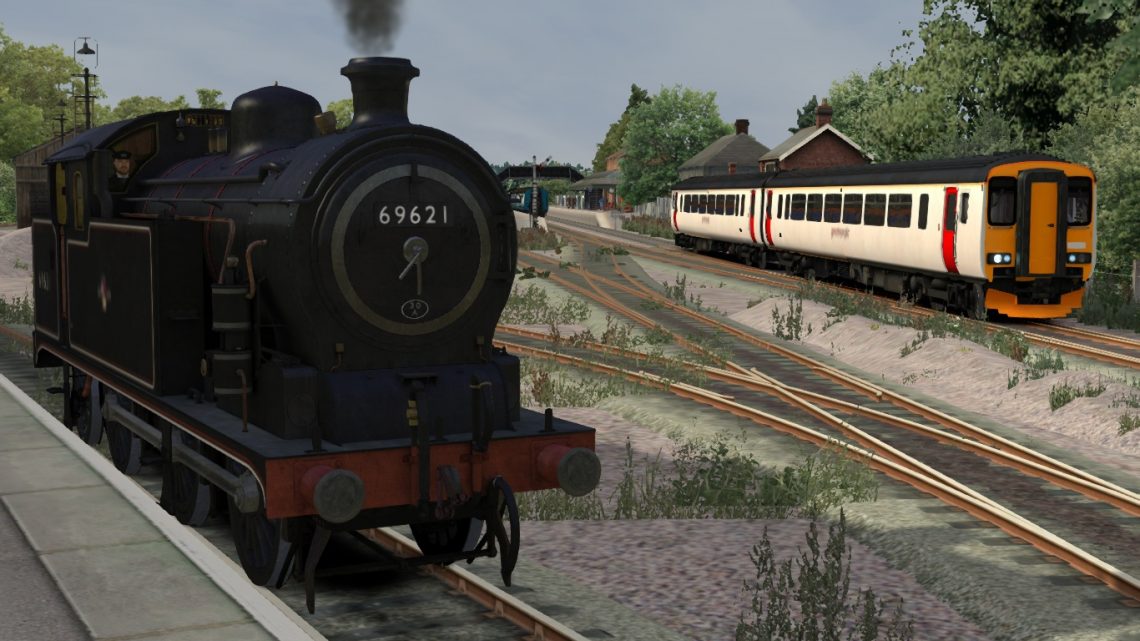 8th June 2020 1 By The Trainspotter from Tauranga

This is a fairly basic scenario, covering a run-of-the-mill passenger service from Marks Tey to Sudbury and back. There are just three stations on the line, one of which is home to the East Anglia Railway Museum. The stations are as follows:

The traction for this run is a Class 156 Sprinter, specifically unit 156416. In real life this unit is now running with East Midlands Railway, as she has been replaced on the Greater Anglia network by the new Stadler Flirt trains, otherwise known as the Class 755.

GEML – London to Ipswich
Class 156 DMU
British Rail Class 101
WSR Diesels (Class 03 used at Chappel in place of Class 04 No. D2279, which is based there in real life)
GWR Small Prairies