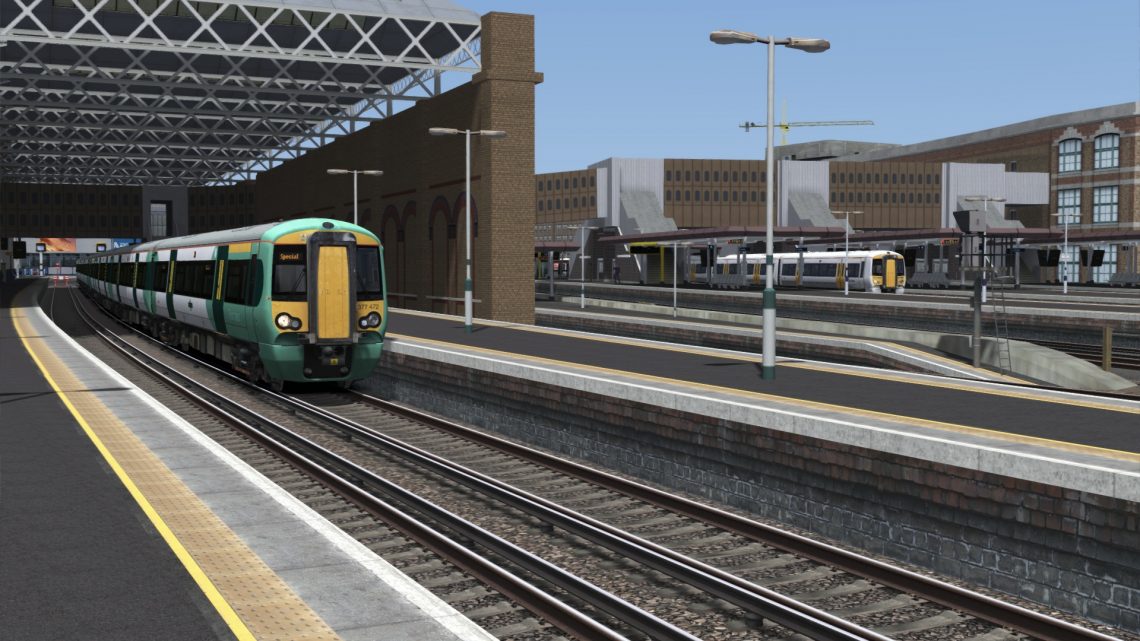 Thank you the kind comments left about the previous version, I have now made a few changes as follows.

Scenario briefing –
On Sunday 11th September 2005, Southern attempted to beat the record for the fastest time of a non-stop run from London Bridge to Brighton.

Your units for the trip are 377472 and 377474. The scenario begins at 1155 in time for a 1200 departure. You should set the train in DOO mode – while the real train would have had a guard dispatch from London Bridge was via the RA indicator on the starting signal.

Network Rail allowed the special train to run at higher than the normal linespeed along large parts of the route as well as giving the train a clear path along the way, I have implemented this into the scenario by means of placing destination markers to ensure the limits show up on the F3/F4 HUD – speed limit signs on the ground will show the normal linespeeds as indeed they would have done on the day.

Being a Sunday traffic is quite light