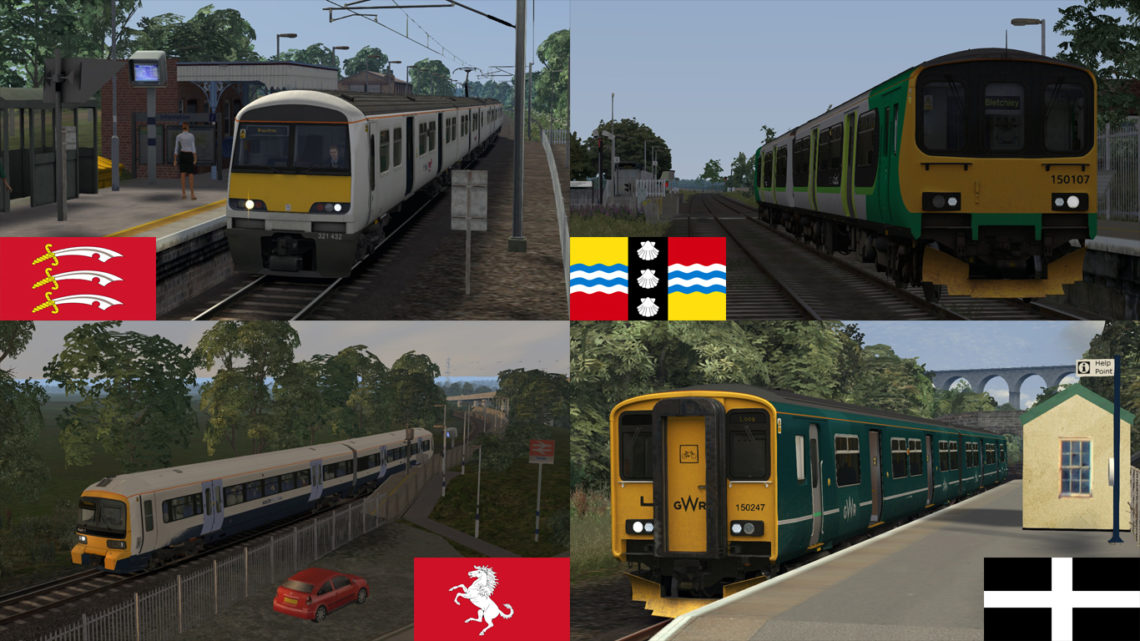 7th February 2020 3 By The Trainspotter from Tauranga

After several months of being put on hold, I have finally got around to publishing this pack.

This download includes eight scenarios, all themed around the least-used station in eight particular counties – Bedfordshire, Cornwall, Essex, Kent, Hampshire, Hertfordshire, Norfolk and Warwickshire. As you might already be able to guess, each scenario is on a different route, and there are mix of diesel and electric trains to drive. Unfortunately there is a very high DLC requirement, but this is necessary in order to achieve the desired realism. The requirements are listed in the readme, as is the scenario list.

The reason why this pack took so long to be released is because I was waiting for the Looe Valley Line to come out, as that line includes the least-used station in Cornwall. Now that it’s been released as part of RDC v10, I can finally get this pack out. Enjoy!

The last thing worthy of mention is that Geoff Marshall has featured all eight least-used stations in this pack in one of his YouTube series’.