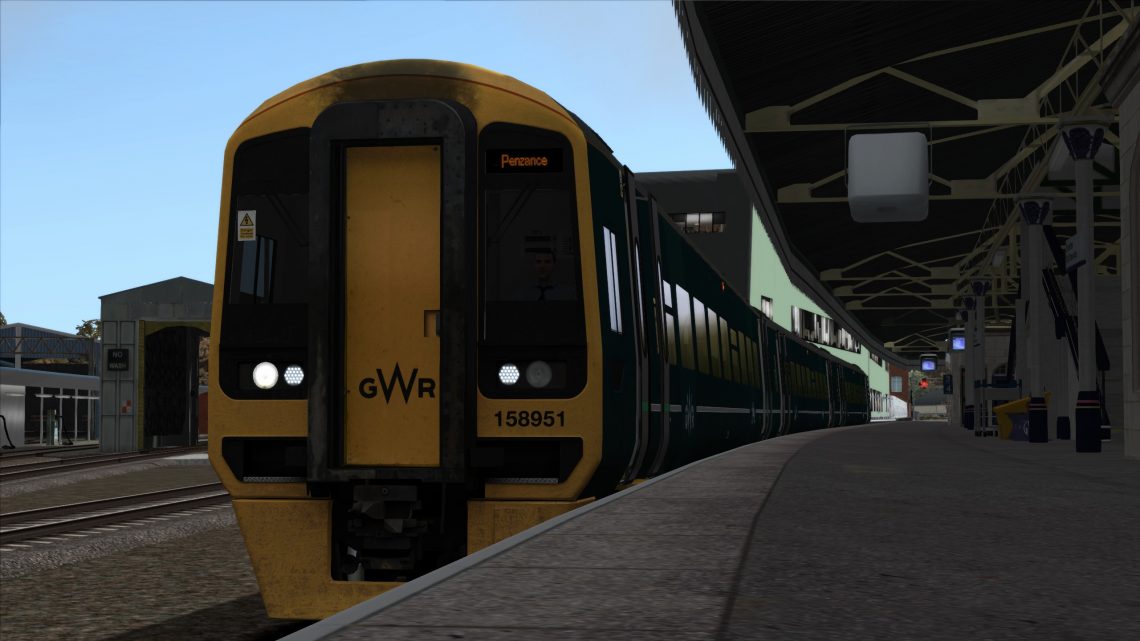 In this scenario you drive the 2C20 Exeter to Penzance as far as Plymouth in a GWR Class 159. You will be calling at Newton Abbot, Totnes and Ivybridge. (The timings are quite tight as they are based on the real service.)

This scenario is based on the real working on 26/9/2020. I had to use WCR Class 57 instead of their class 47 but apart from the scenario should be a fair representation of the traffic on the line.

This is my first ever scenario so any feedback is greatly welcomed.

Route (and its dependencies)
-The Railways of Devon and Cornwall V11