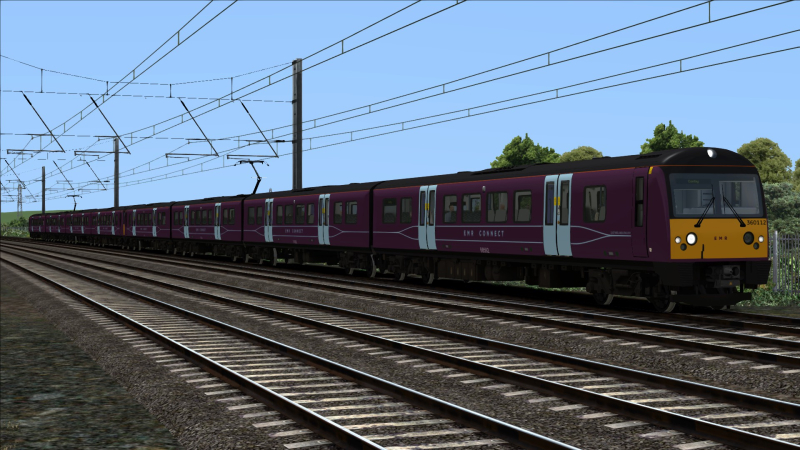 Class 360 four-car sets were the first of the Desiro UK trains to be ordered from Siemens early in the new
millenium, and entered passenger service with First Great Eastern in August 2003. They are designed for
outer-suburban operation and were introduced to replace the aging Class 312 slam door stock. The trains
consist of four coaches, with no connecting corridor in the driving vehicles, their most significant
difference from other Desiro units operating in the UK.

Built between the Duewag plant in Germany and the Vienna plant in Austria, all cars were then bought
together at Siemens Wildenrath test track before being delivered to the UK. With only 21 Class 360/0
units (as well as 5 Class 360/2 for Heathrow Airport services operated by BAA), this first batch paved
the way for significant further orders from other UK operators, which now see the Desiro design
operating in all corners of the British railway network.

Seating is arranged in 2+2 style for the small First Class compartment behind each driving cab,
and 2+3 mode for all Standard Class areas.

The Class 360/0 units were transferred to East Midlands Railway in 2021 for the London St Pancras
to Corby services, branded as ‘EMR Connect’, following the completion of the Bedford to Kettering
and Corby electrification scheme, allowing faster and more frequent services.

At present only unit numbers 360102 and 360112 are included in this reskin, as they are currently
the only units to be repainted in EMR Aubergine livery.