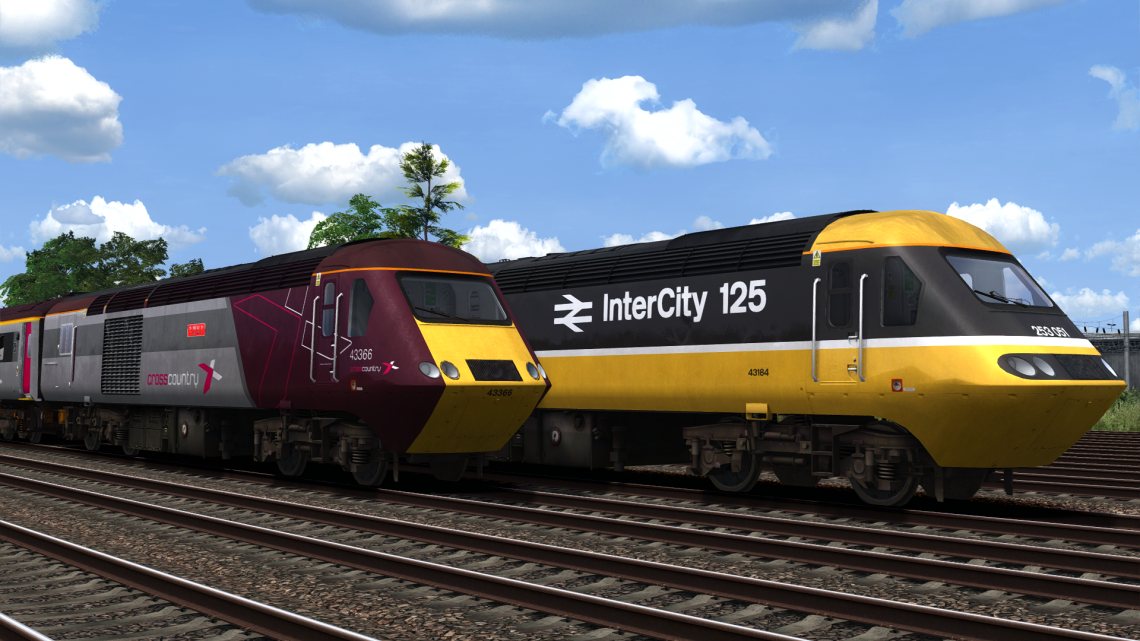 Hi, and thanks for downloading! This is my 6th “reskin” uploaded to ATS. I put that in quotation marks because it’s sort of half-reskin, half-patch.
This represents CrossCountry’s two Class 43 HST power cars which have been either repainted or named to celebrate their 40th year running with the CrossCountry franchise.

KNOWN ISSUES:
– 43184 has a small texturing bug – the number appears flipped where it shouldn’t be on one side. I did a poll in the ATS Facebook group asking whether people were bothered about this and the general response was no, so I hope you don’t mind too much.
– The text faces inwards instead of outwards on 43366’s nameplate. It’s very hard to notice unless you look very closely.

CREDITS:
A huge thank you to andrewb for modelling 43366’s nameplate. This pack would not have been possible without his expertise in Blender!

I hope you enjoy this pack!
The GWRailfan and Andrew 🙂

2G49 0953 Edinburgh to Glenrothes with Thornton