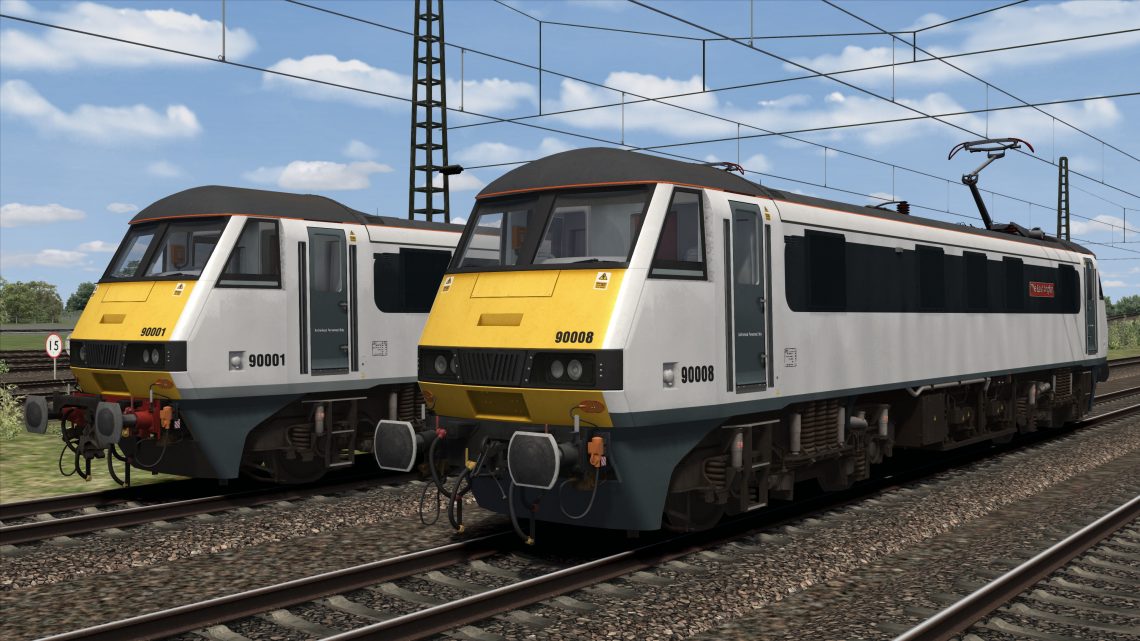 In 2019 Greater Anglia began debranding their 15 Class 90s in preparation for disposal. They remained in service until the end of March 2020 before 90001-002 were transferred to LSL and 90003-015 transferred to Freightliner. 90003-015 received modifications for freight work and were put into service still in the unbranded Greater Anglia livery. Most of these (as of January 2022) have now been repainted into Freightliner’s orange livery.

This pack contains both the passenger variants and modified Freightliner variants of these 15 Class 90s.

Instructions
– A manual is included with the full pack details and instructions you need, please read it carefully!