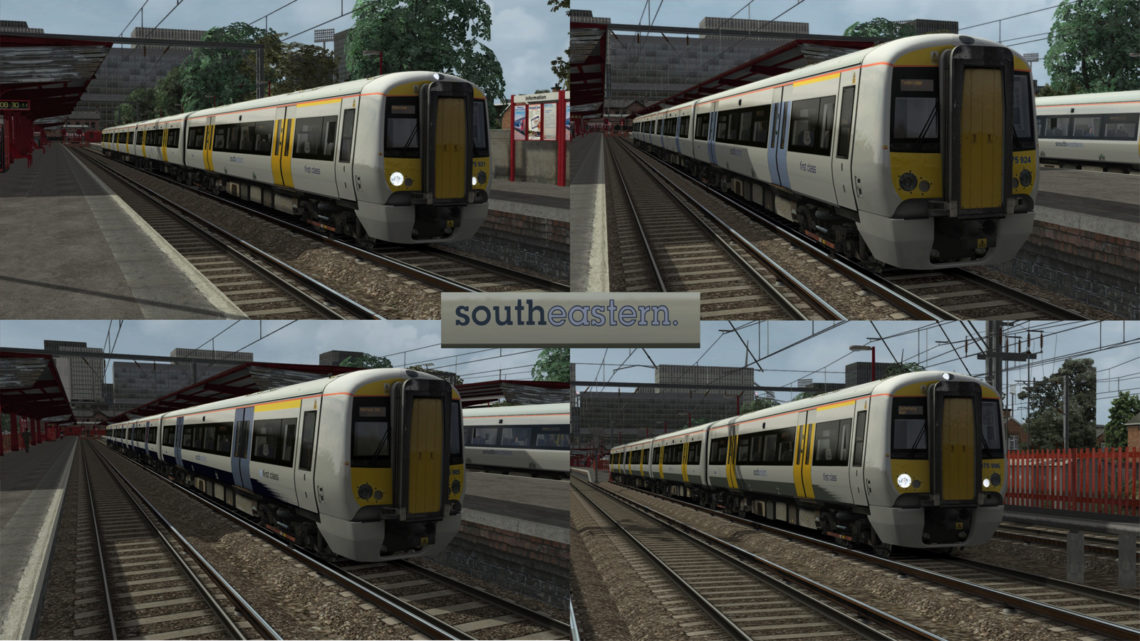 Update – Manual updated to mention to install Non-AP version first, then AP version on top (if you have the sound pack)
————-
Description
————-
This pack is an updated version of the Class 375 in London to Brighton, South London Network and London to Faversham. This pack requires no copying of Geo files at all.

This will work with scenarios that use the original versions of the trains this will update.

This update:
* Improves the textures of the pack including the “fuzz”, as well as the logos
* Adds First Class seating to DMOC Carriages
* Removes DOO Cameras on the side (these may still appear in scenario editor however until you press play – these won’t appear during gameplay)
* Doesn’t remove the first class door inside the DMOC carriages
• Changed Number colour
* Includes AP Sound Version. (install non-AP version first – then AP on top)