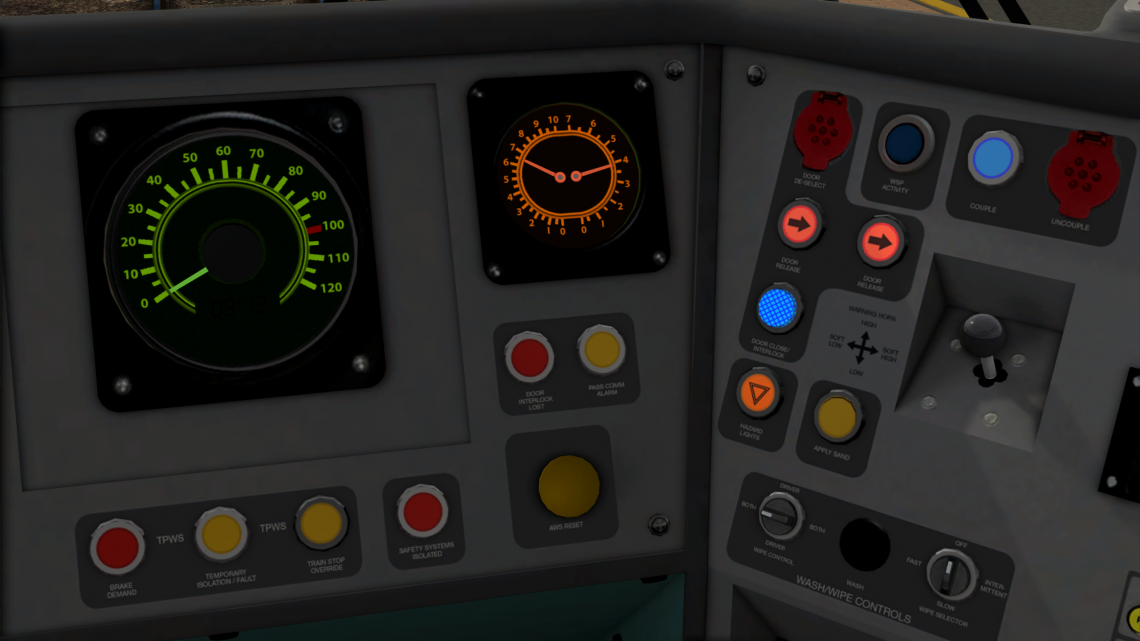 Something a friend showed me years ago when I Was messing around with the class 170 Turbostar DMU To try add lighting to the dashboard speedo and break pressure gauge.

Since then I Have never done no more in the terms of working on this type of thing but I Decided to remake the mod once again ! So Basically I Started the mod and was not happy with how the break pressure gauge looked when I Was looking at it there was parts of the old one showing through which did not look right at all ! So it came to the point where I Was sitting and thinking about it but in the end I Have decided to remake the speedo and air pressure gauge from scratch it is not totally 100% Accurate but it’s better then nothing and better then it was before !

Other mods made with this were most button textures remade from scratch as many as were on the texture file also other mods include the AWS Sunflower being also made from scratch version of it on and a version of it off, another mod was to the original DRA Texture which was replaced in the Armstrong Powerhouse Enhancement Pack ! There is a new NRN Radio Texture which is taking from another train and modded slightly light wise and other parts modded this will be replaced by a newly drawn or a real picture when I Find the time. one more texture remake and replacement was of the interlock door textures also all buttons and interlock lights were made to look lit up where applicable.

That is everything to tell for this mod it also works with the Class 170 Armstrong Powerhouse Enhancement Pack ! Which can be found here: https://www.armstrongpowerhouse.com/class_168-170-171_enhancement_pack

One side note: The picture showing shows an older image of the speedo needle for the green version it now has a green speed needle on the speedo.

1Z74 The Stadium of Light to London Kings Cross