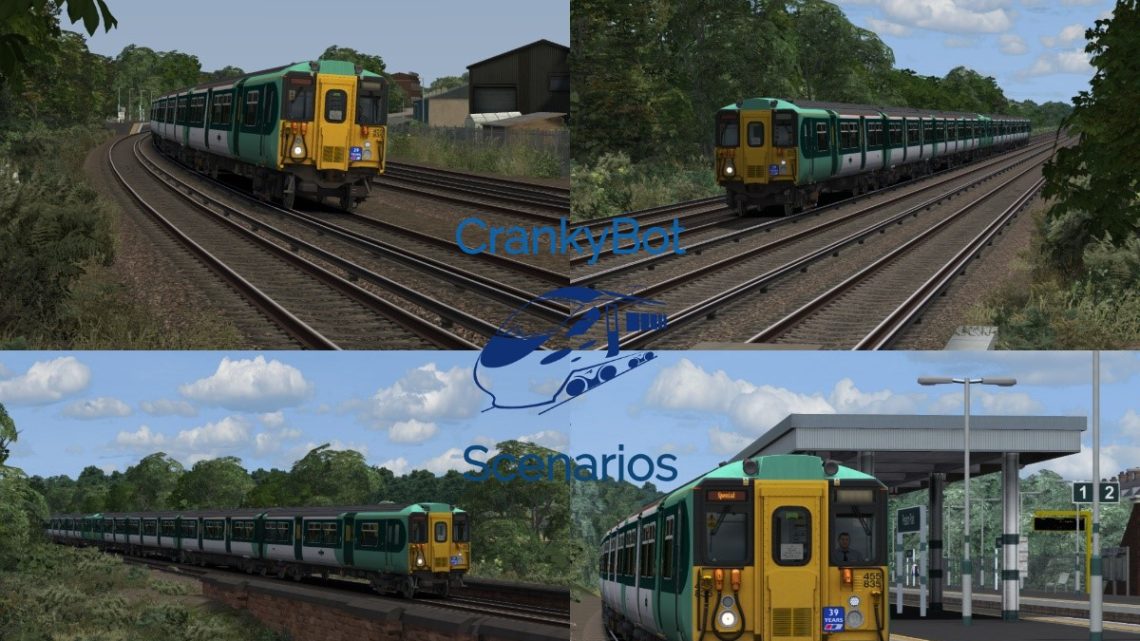 It is worth noting Scenario 5 is a massive hit or miss due to how botched the DTG Dispatcher is, give it a Restart (via the Pause Menu) and if the second signal is green you are clear for the rest of the scenario, if not, let me know below and I’ll work on an alternative option

The Metro Marauder Railtour is to commemorate the 39 years of service that 455/8s have performed with GTR Southern Railway. It was hosted on 14th May, 2022 by Branch Line Society alongside Network SouthEast Railway Society with sale stands. The Railtour featured 2 x Class 455/8 throughout, the charity tour formed a number of unusual routes for the class and included a circa 1 hour comfort and refreshment break in Brighton before returning to the capitol. The traction for the entire journey was 455835 + 841 and had two drivers in both end cabs to assist in the journey.

Also included in the scenario pack are the headboards used by 835+841 during the railtour, this does not include the coach labels however, for scenario creators wanting to use this in a scenario/pack, you are free to include it in all forms of products (Subware + Payware included) – you must however link this page as the requirement and not the download itself or otherwise resubmit the reskin to be as of your own. For those wanting to make further edits to the reskin, please get in touch with me and we’ll see what we can do!

Credits –
A massive thank you to the following for making this pack happen;
> Clowes – Obtaining sources for the AI
> James Ivell – Headboards (and putting up with the finer details 😂)
> Duggy68 & Josh Archer – Testing & Feedback