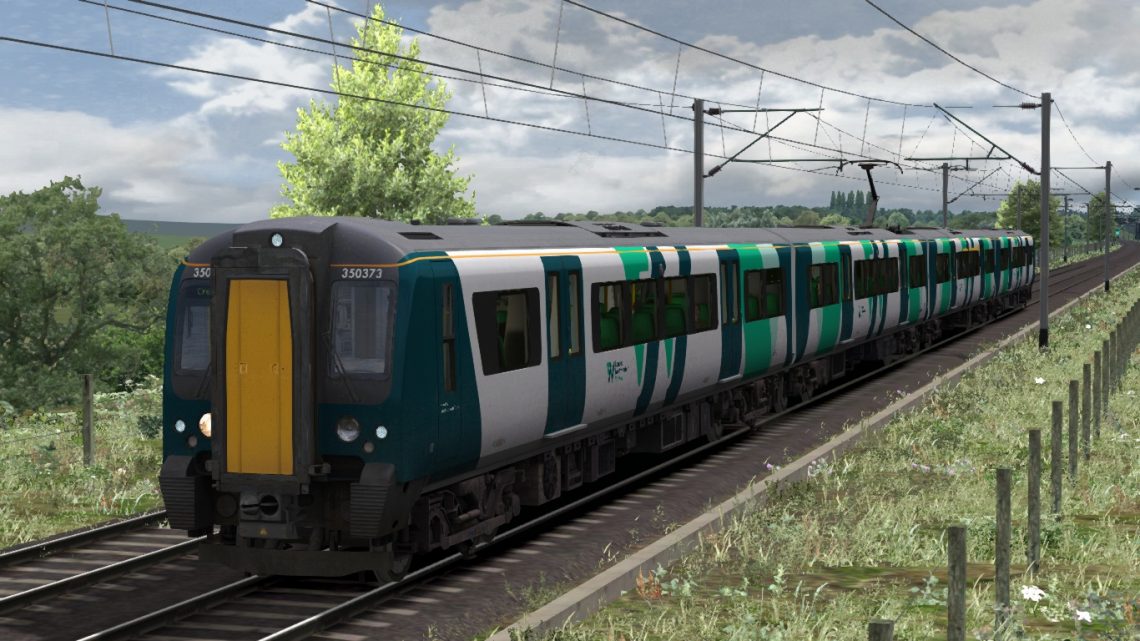 20th July 2020 2 By The Trainspotter from Tauranga

Here is a scenario for the latest version of West Coast Mainline South; specifically version 5.3.

It’s a cloudy Sunday afternoon in the Midlands, and you have been tasked with driving a London North Western Railway service on the section from Coventry to Birmingham New Street. The traction for this service is Class 350/3 No. 350373; which was the first of her class to be painted in the LNWR livery. On your way to Birmingham you will call at the following stations:

The DLC/3rd-party requirements for this scenario are as follows:

(Just Trains)
Voyager Advanced (the original, not the 2019 version)

I don’t blame you if you think it’s a lot of requirements. However, I feel this sort of thing is necessary in order to acheive realistic/semi-accurate Ai traffic.

*Unfortunately the new Virgin Class 390 add-on was discontinued late in 2019. I hate to sound like a very rude person, but I have no intention of releasing an alternate version of this scenario that uses the old 390 (even though that one’s still available).*

**Something else that’s worthy of mention. I had two seperate W.M.T./W.M.R. Class 170 re-skins installed when I made this scenario. I don’t remember exactly which one I ended up using, but just to be on the safe side I suggest you also install the ‘West Midlands Railway Class 170’ by Steve Green.**