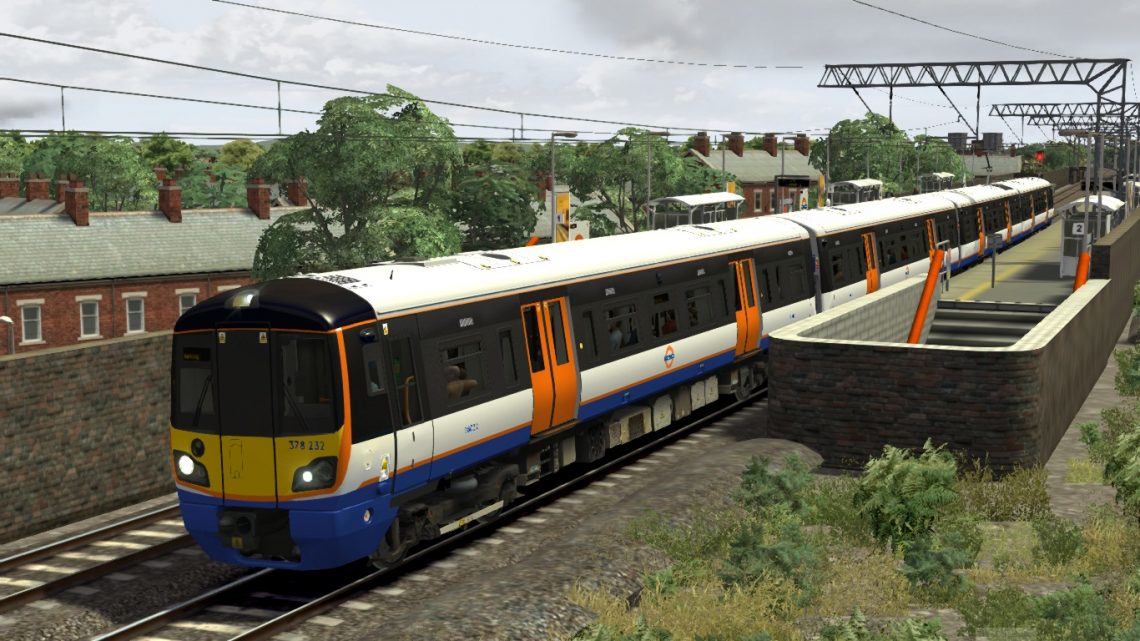 2nd August 2020 6 By The Trainspotter from Tauranga

*This is not a scenario for the default GOBLIN, but rather the electrified version which is avaliable on Steam Workshop*.

In 2018, the electrification of the Gospel Oak to Barking line was completed. However, it wasn’t until mid-2019 when electric trains finally started running on the line. The eight Class 172’s that used to run on the line have now been transferred to West Midlands Railway. New electric units – the Class 710 – were built by Bombardier Transportation for service on the GOBLIN, and just the Overground in general. These units took much longer to enter service than expected, and some 378’s were sent to the GOBLIN as a stop-gap measure.

Today (in this scenario, that is) you’ll be driving a Class 378 in the weird pseudo-Aventra livery on the first afternoon service from Gospel Oak to Barking. You will call at the following stations on the way:

In real life, the 378’s that were sent to the GOBLIN line were reduced from 5-car to 4-car formations. This was due to the shorter platforms on the line, and I have acknowledged this change in the scenario.

The required DLC and 3rd party items for this scenario are listed below: