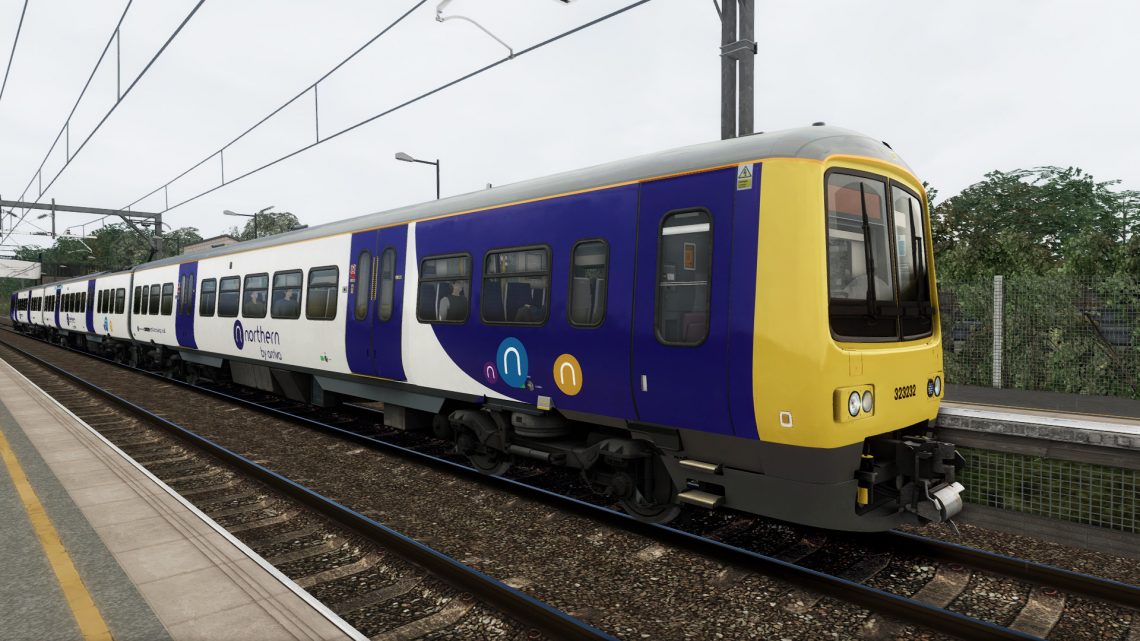 Description:
Our favourite! The Chat Moss line. On a Busy Monday evening, take this Class 323 to Liverpool Lime Street. You have picked up the train outside Manchester Piccadilly. It should be an easyish run, but there is likely to be some adverse signals.

Stock swaps:
Where possible, known stock has been used. However, this isn’t always possible if the stock doesn’t exist in Train Simulator. Luckily there is most of it available for this scenario.
Unit swaps are as follows:
331 Northern -> 319 Northern
397 TPE -> 802 TPE
769 Northern -> 319 Northern
195 Northern -> 170 Northern
Although the above stock is swapped, it is numbered correctly as the swapped stock mostly resembles the original, so nothing looks too out of place.

Known issues:
– I fully intended this to be a rolling start scenario, but every time I set up the rolling start, TS crashes. Therefore you need to set up the unit outside Manchester Picc- you do have plenty of time to do this though.
– The 2nd to last signal outside of Lime Street station, LL5063, sometimes gets stuck on red, you will need to TAB through if this is the case.

Simvue:
Transpennine Express Class 802 (note, this seems to have been offline for a while. If you don’t have it, you will need to swap stock)