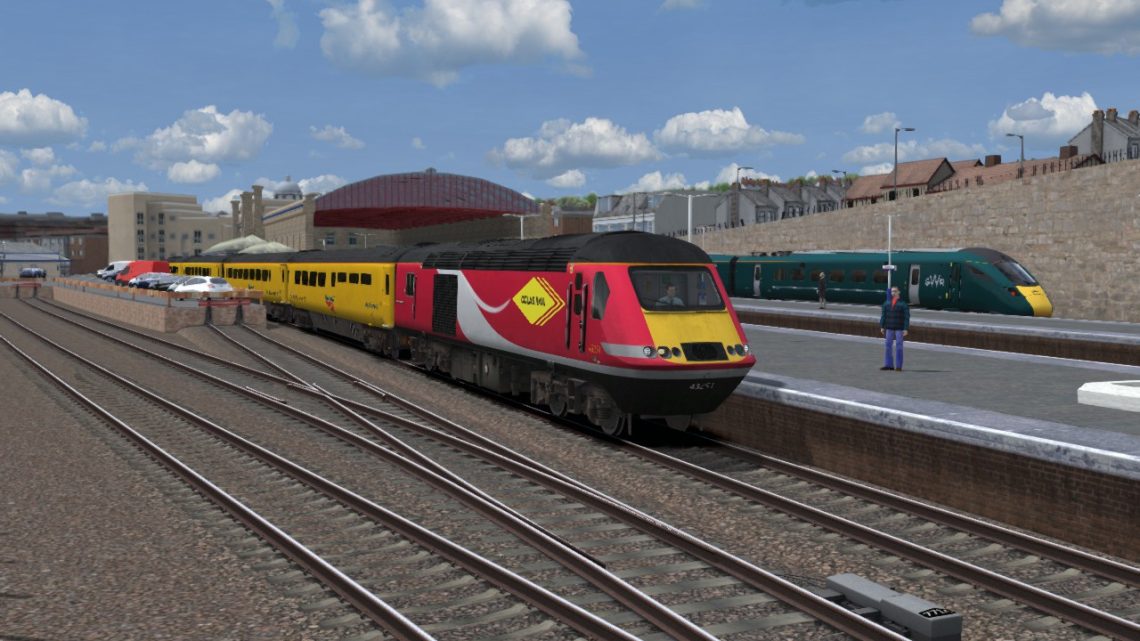 1Q18 0611 Reading Triangle Sidings to Paignton – Leg to Penzance and Penzance to Paignton.

This Pack includes 4 scenarios 2 for the Berks and Hants Bristol to Penzance Highspeed Tracks Route and the Cornish Mainline route.

1 90min: Final leg from Plymouth to Penzance while in the cab of 43290 Ex LNER Network Rail Powercar running behind schedule due to animals on the line between Exeter and Plymouth on the down journey.

2 90min: The return leg through Cornwall to Plymouth from Penzance while you be in the cab of 43251 Colas Rail HST Powercar on the upward journey on the way to Paignton.

2 50min: The first leg of the next service as the New Measurement Train makes the way to Taunton via Bristol Temple Meads, but there is a problem with the onboard equipment. In this scenario you take the train to Exeter St David’s from Paignton.

London to Peterborough ECML for Class 801.

Berks and Hants to Bristol and Penzance Route made by Highspeed Tracks.

During testing of the Plymouth to Paignton via Dawlish Warren scenario. I recommend driving at around 45MPH between the steep upward gradient near Plymouth with the 80MPH speed limit as you get to the top ie when you pass the sidings then do 45MPH all the way to Newton Abbot Train Station the Paignton to Exmouth service departs Newton Abbot at 14:38 roughly the same time as you get there also the signal will be red at Newton Abbot and no warning before then while testing.