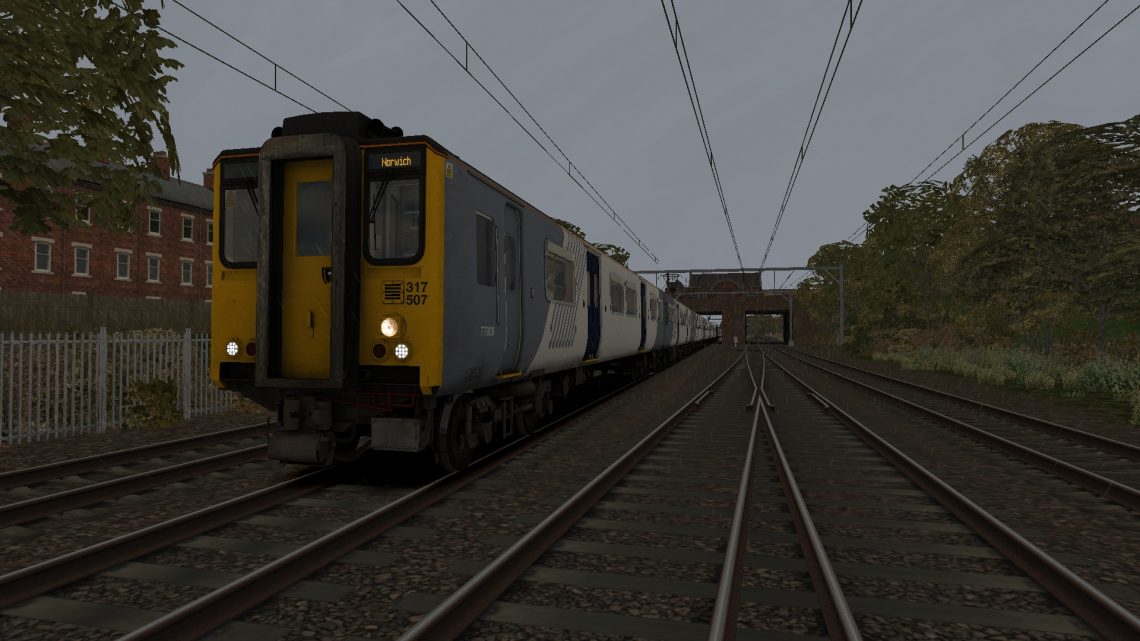 Take three class 317 units from Liverpool Street to Ipswich in the evening peak. During National Express days, 1P48 was formed of class 317s. Abellio changed this to 321s when they took over the franchise in February 2012 as they have a higher volume of seats which was ideal for this service, a long-distance stopper.

All services based off of the Network Rail December 2011 (Area LA) Working Timetable.

The Scenario has been tested in the 64bit version of the game and does work throughout, however, I can not confirm whether this may be case with all who download, as there is over 60 AI trains and the area around Liverpool Street and Stratford is very dense with AI.

I am also aware that in January, it should be dark at 17:00, though this is a limitation with TS and I can not change this 🙁