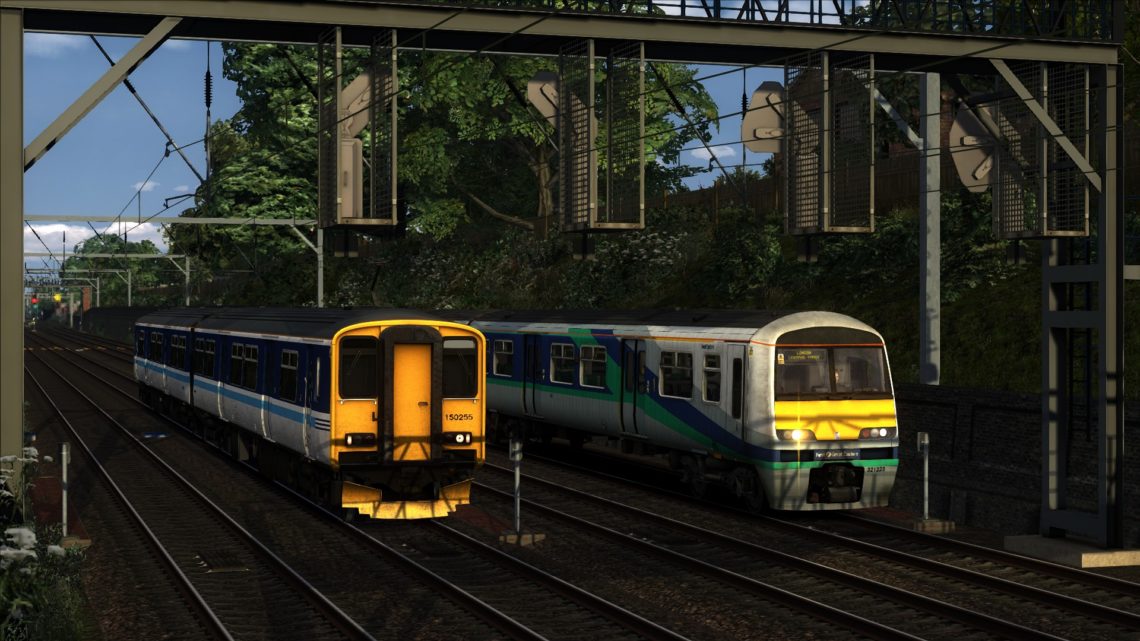 During the Summer timetable, seven days a week there is an evening through service from Sheringham to London operated by one of Anglia’s class 150s. The unit then stables in London and forms a morning departure which also runs through to Sheringham. On a showery but otherwise fine June evening, drive 150255 on one of the Saturday workings Up to London, having taken over at Norwich. Year : 1998.