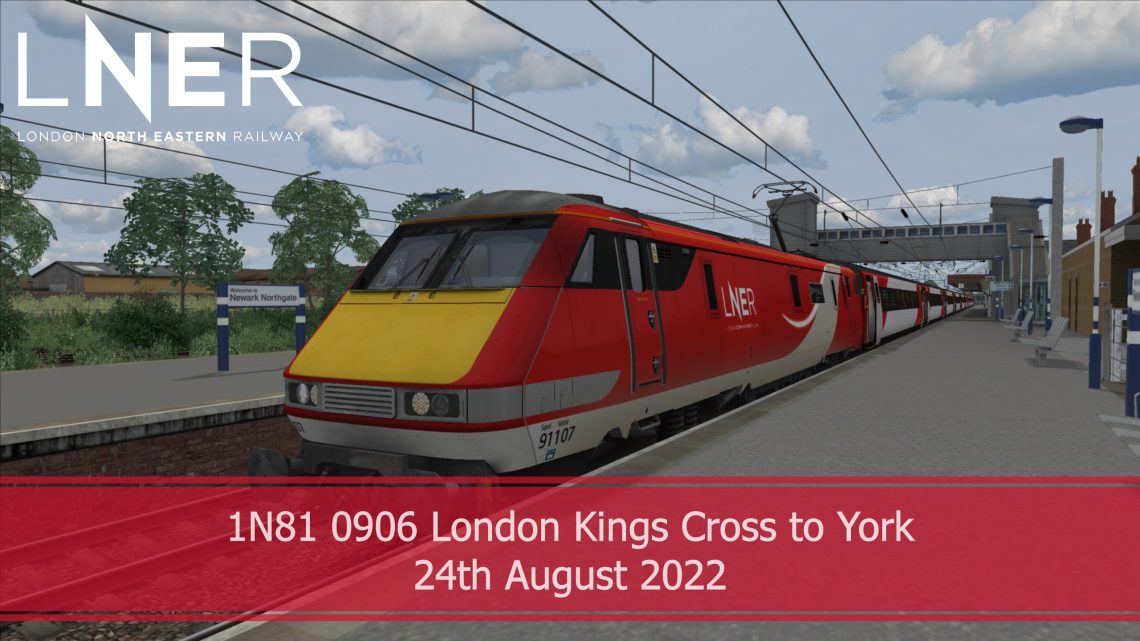 This scenario is for ATS’s ECML London Kings Cross to Leeds/York merged route and is based on the real world timetable data and running information for 24/08/2022 as provided by www.realtimetrains.co.uk

Briefing
========
Since the summer of 2019 the Class 800 and 801 ‘Azuma’ trains have been the mainstay of LNER’s fleet, gradually replacing the InterCity 225s and HSTs that were familiar sights along the East Coast Main Line. However, due to a fault with cracks developing on the frames of the Class 80x series of trains in mid-2021 and a shortage of units to run their intended timetable, LNER reinstated a small fleet of InterCity 225s to relieve the pressure from their Azumas, with these running select services between London Kings Cross and Leeds/York.

Today you will be driving 91107 ‘Skyfall’ on service 1N81, the 0906 from London Kings Cross to York. This service calls at all the LNER-served stations between Kings Cross and York. The network is running well this morning, so this should be a smooth and trouble-free run. However, there is currently an emergency speed restriction of 80mph between Arlesey and Biggleswade which you will need to need to stay vigilant for.

Requirements
============
The following add-ons, enhancement packs and reskins (and their dependencies) are required to run this scenario:

Install Instructions
====================
To install the scenario, simply extract the ‘Content’ folder into your ‘Railworks’ folder (…\Steamapps\Common\Railworks\)

2K14 18:15 Glenrothes with Thornton to Edinburgh